The ballis­tic missil­e has target­ed Al Shuqai­q which is a home to a major water and power plant, report­ing one casual­ty
By AFP
Published: July 11, 2018
Tweet Email 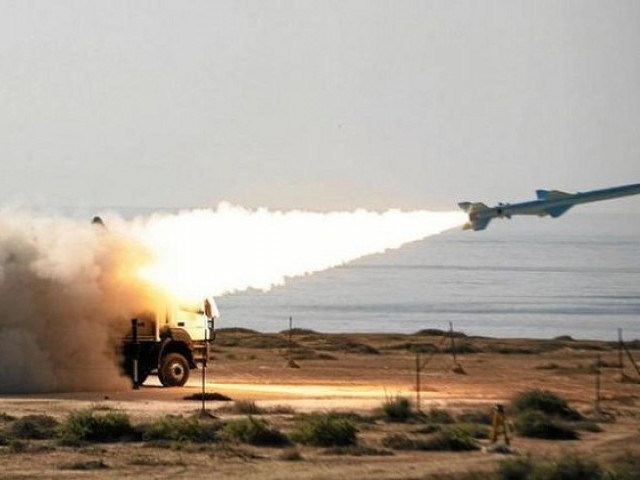 Saudi forces said that they have destroyed a ballistic missile fired from Yemen by Houthi rebels. PHOTO: AFP/ FILE

RIYADH: Saudi Arabia on Tuesday said its air defences had intercepted a missile fired from rebel-held territory in neighbouring Yemen, where a military coalition led by Riyadh is battling the insurgents.

A coalition statement said the ballistic missile targeted Al Shuqaiq on the kingdom’s southwestern coastline. The area, located in Jazan province, is home to a major water and power plant.

The Huthi rebels said a short-range ballistic missile had been fired at a military “supply depot” on Saudi Arabia’s western coast.

The Iran-backed Huthis have ramped up missile attacks against Saudi Arabia in recent months.

The kingdom usually says it has intercepted the missiles and has reported one casualty.

Saudi Arabia, the UAE and other allies intervened in the conflict between Yemen’s government and rebels in March 2015, aiming to push back the Huthis and restore the internationally recognised government to power.

In 2014, the northern rebels drove the government of President Abedrabbo Mansour Hadi out of the capital and seized control of much of northern Yemen as well as a string of ports on the Red Sea.

Yemeni pro-government forces, backed by Saudi Arabia and the UAE, have been locked in heavy battles with Huthi rebels for weeks over the Red Sea city of Hodeida, home to a rebel-held port that is a key aid hub.

Saudi Arabia last month tested a new siren system for Riyadh and the oil-rich Eastern Province, in a sign of the growing threat posed by the rebels’ arms.

Trump lashes NATO allies as he lands for tense summit