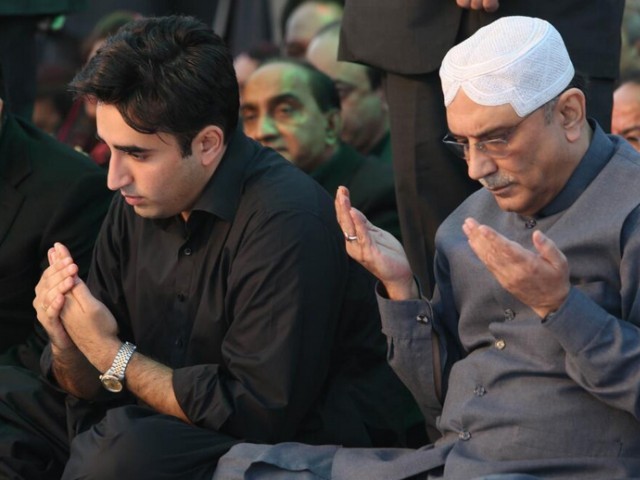 ​ ISLAMABAD: The future of the Pakistan People’s Party (PPP) seems to be embroiled in litigation with the country’s top court coming down hard on them.

Ever since the disqualification of former prime minister Nawaz Sharif in 2017 the party firmly stood with the apex court.

Differing from its original stance, the PPP also began to involve itself in litigation against the Pakistan Muslim League-Nawaz (PML-N).

Nayyar Bukhari, a senior leader in the party, filed a petition to disqualify Nawaz as the party head in the wake of Panamagate judgement.

Even legal experts criticised the party’s lawyer Latif Khosa who  underscored to the top court to start coercive action against Nawaz  for attacking the judiciary.

Similarly, the PPP withdrew its original stance regarding the external accountability of judges and generals.

The party’s senior leader Farhatullah Babar expressed its  dismay over the PPP’s decision to not support any stance regarding the trial of judges and generals.

Likewise, the PPP didn’t raise its voice regarding the alleged encroachment by the apex court in executive and legislative affairs for  the past seven months.

Last week the SC rejected PPP female candidate’s plea regarding the acceptance of nomination papers with the parliamentarian contesting elections against former speaker of the NA Fehmida Mirza.

Moreover, the Chief Justice of Pakistan Saqib Nisar on Sunday initiated suo motu proceedings in the multi-billion money laundering scam wherein names of closed aide of Zardari is also being alleged. Even opponents are directly alleging Zardari in this scam.

Earlier, the PPP wrote a letter to the caretaker government to transfer incumbent DG FIA Bashir Memon, however, the apex court had already restrained the government in this regard.

The party recently rolled out a new manifesto vowing to amend Article 184 (3) which is being used by the SC to ensure the fundamental rights with the same power.

But last year was one of relief for the PPP as far as the superior courts are concerned.

Just after 2017 rolled in, good tidings came for the party as Sardar Latif Khosa successfully got the name of accused currency smuggler and fashion model Ayyan Ali removed from the Exit Control List (ECL), allowing her to go abroad.

Last year, the court discarded the interior ministry’s appeal to keep the model on the ECL and upheld the Sindh High Court’s verdict to remove her name from it.

Similarly, the Islamabad High Court on March 20, 2017 acquitted the former federal minister for religious affairs Hamid Saeed Kazmi in the Hajj corruption case with Khosa was also serving as counsel in the case.
Then on March 30, 2017, the Sindh High Court granted bail to PPP MPA Shajeel Inam Memon in a NAB case. Earlier, Memon had fled abroad to escape arrest.

Farooq H Naek argued on his behalf. Naek was also the counsel for  Zardari and got the former president acquitted in nine corruption cases.