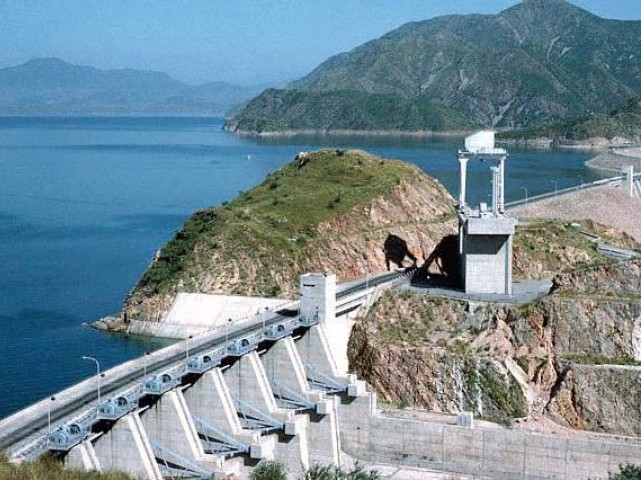 Power generation at Tarbela, Chashma and Ghazi Barotha could fall by 50% if water dropped to dead level in Tarbela Dam. PHOTO: FILE

ISLAMABAD: For the first time in the history of Pakistan, the water level at Tarbela Dam has reached its dead level in the month of July ‘during monsoon season’.

Till Saturday evening there was some amount of water left in the dam but by night it would finish, he maintained. The situation clearly reflects that water situation in Pakistan is getting critical even during rainy season, Irsa spokesperson said.

The main reason behind this critical situation is no good rainfall in the catchment areas of the dam during last monsoon spell, he added. “This year monsoon season started in the country well on time but it moved in a bit different direction than its routine pathway, due to which the catchment areas did not receive good showers,” said Rana.

Meanwhile, talking about Mangla Dam, he said that on Saturday the water storage level in the dam was 1,123.70 feet against its dead level of 1,050 feet but it has also started depleting.

“The recent spell of monsoon showers had helped to bring slight improvement in water level in Mangla Dam, but it has also started depleting and it is expected that it will also reach critical level during next eight to ten days,” he said.

He hoped that the coming spell of monsoon, which is expected to start from July 10-11, will help overcome water shortage issue.