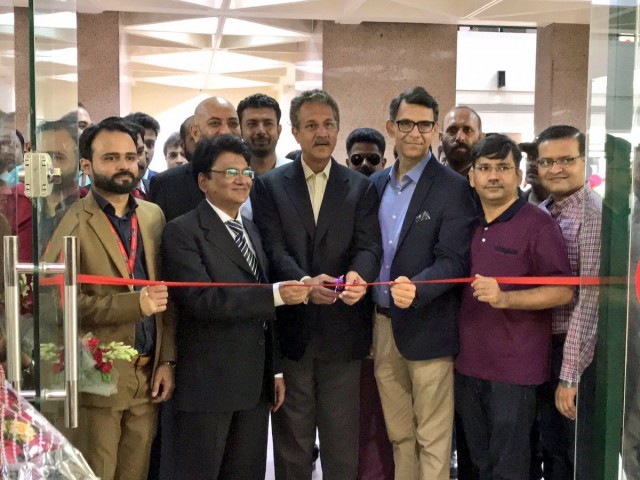 In order to promote education, academic activities are necessary, which should be promoted, said Karachi Mayor Wasim Akhtar after inaugurating the Two-day Education and Career Expo organised by Express Media Group at Karachi.

Moreover, educational expo plays a vital role in the uplift of city’s and country’s development, he stressed.

#Inaugurated The #Express #Education & #Career #Expo2018 organised by the #Express Media Group, as a #ChiefGuest at the #ExpoCenter #Karachi. Such events are of great help for prospective students. pic.twitter.com/bGtucNlidP

The annual jobs and education expo held by the group is worthy of appreciation, said Akhtar while visiting the stalls set up by private and government universities.

City mayor was delighted to see that the media group has been doing its bit to promote education among the people. With abundance of educational stalls, now it is very easy for the young generation to make right decision about their future, stressed Akhar.

The attendees lamented there are no free counseling services in Karachi, which is a crucial part of our lives. However, this platform has given us the opportunity to easily connect with the universities, they added.

The expo has supported the students greatly with this event as these events benefit the youth massively, the stall owners shared. The stall owners also said that the expo continued its tradition of organising splendid exhibitions as this ensures a large number of students enrolling in universities.

Non-conventional activities were also highlighted in the event as there was battle of the bands (a musical contest), drama, dance, speech competitions, fashion show, painting and seminars were also organised.