Manage­ment says effort­s being made to turn around entity­
By APP
Published: July 7, 2018
Tweet Email 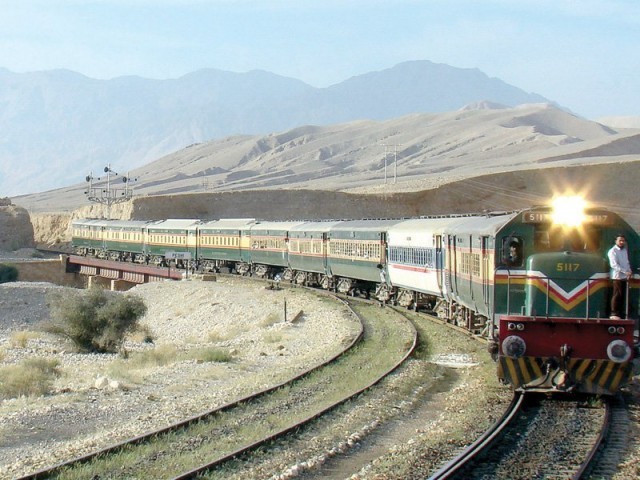 “Bidding process has started and services of multi-national companies will be acquired to set up call centres,” an official in the Ministry of Railways told APP.

To a question, the official said that Railways has taken several steps to meet international standards over the last five years. “A new passenger reservation system has been introduced including e-ticketing,” he added. “Now passengers can book tickets online. It will be a new chapter of passenger facilitation.”

He said that value-added trains are being introduced and the department has completed the process for Karachi Express, Karakorum Express, Green Line and Business Express. “Modern facilities like Wi-Fi, complimentary newspaper, drinking water, tea, lunch /dinner and public address system have been introduced in these trains,” he added. “Railways has also introduced hand-held digital devices for computerised reservation in trains and ticket-less checking.

“SMS alert service for passengers has been launched for Green Line train and in future the facility will be extended to all trains,” the official added. “Pakistan Railways is installing Computer Based Interlocking System (CBIS) on its track in order to enhance capacity and improve safety of train operations.” In the freight sector, the official said Railways has inducted modern equipment to deal with bulk transportation of coal and 4000-4500 Horse Power freight-specific locomotives have been added.

Railways is also planning to import 20 light-weight diesel locomotives particularly for hilly areas and Balochistan. “The main purpose of locomotives is to enhance the performance of railways and allow it to traverse mountainous terrains with steep gradient tracks easily,” Ministry of Railways sources Friday told APP.

They said that modernising rail transportation and improving regional connectivity are critical components of the ministry’s plan. They added that 1,460 passenger coaches and 16,085 freight wagons have been added during the last five years. “The position has been substantially improved as tangible steps have been taken through allocation of additional funds,” they added.

They said that currently railways owns 455 locomotives of different horse power and is operating 110 passenger and 62 freight trains across the country. APP