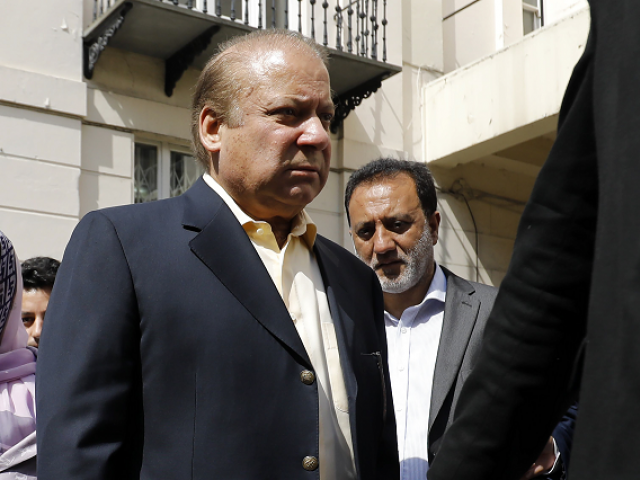 ISLAMABAD .: The accountability court has determined that the Avenfield Apartments were in the ownership of the Sharif family in 1990s as when they were attached in a different case in England, the Sharifs had not denied having owned these apartments nor did the Qatari royal family raised any objection in this regard.

In the landmark judgment on Avenfield Apartments issued by an accountability court on Friday, Judge Muhammad Bashir referred to a case from the nineties, which was then pending against the Sharifs in England’s Queen Court involving financial matters.

In the case, the apartments were stated to be owned by the Sharif family, who did not deny owing the flats, nor did Qatar’s Prince Hammad Bin Jasim file any objection against the former first family’s claim.

The judgment highlights that Prince Hammad did not cooperate with the joint investigation team (JIT) that was formed by the Supreme Court to probe the Sharif family’s offshore wealth in connection with the Panama Papers scandal. Also, the accused did not have the statement of Hammad recorded in the accountability court in their defence. “His statement could be recorded through videolink.”

The judgment also refers to JIT findings suggesting that agreement of sale of 25% shares of Gulf Steel Mills to the Qatari royals, owned by Mian Muhammad Sharif, the late father of Nawaz Sharif, was bogus.

“Two letters of Qatar’s royal family were presented before the apex court but when those letters were analysed, they could not establish the investment was made by Mian Muhammad Sharif and the royal family through Tariq Shafi (Nawaz Sharif’s cousin), as no details are given in those letters as alleged.”

Moreover, the verdict also highlights difficulties faced during the case. “It was difficult to dig out actual owners of offshore companies formed in tax haven jurisdiction due to rules regulations prevailing there”.

The order further read the deposed prime minister Nawaz Sharif distanced himself from any transaction in respect of the Avenfield properties by maintaining that he has no concern with it, “despite the fact that he remained chairman of FZE, a company owned by his son.”

Verdict has further emboldened us to fight against ‘invisible forces’: Maryam

Lack of compliance from Prince Hammad

Meanwhile, the verdict further observed the lack of compliance on the part of the accused.

“The case has a different set of facts, therefore, it is distinguishable from usual cases of assets beyond sources. The accused had also not appeared before NAB where a proforma would have been given to them for the purposes of showing income, assets and property,” read the order stating that the accused also failed to give detailed answers regarding their sources of income.

Timing of the verdict is an attempt to manipulate election process: Shehbaz

Interestingly, the 174-page detailed ruling says the children of the ousted PM Sharif including his two sons Hassan Nawaz and Hussain Nawaz and daughter Maryam Nawaz were not financially sound when the related properties were purchased, hence the verdict declares Sharif as being financially responsible for his children purchasing the Avenfield Apartments at the time of the transaction.

“The accused namely Hussain, Hassan and Maryam were not financially sound in 1993, 1995 and 1996 when those flats were purchased through offshore companies, the beneficial owner of which was Maryam. Hence accused number one (Sharif) is also responsible to account for properties in name of his children during their tender ages. It is also in evidence that accused Sharif and his father used to reside in the said apartments.”

The judgment further notes, “This prosecution succeeded to establish the possession of the accused on Avenfield Apartments even during the nineties and admittedly they are in possession at present.”