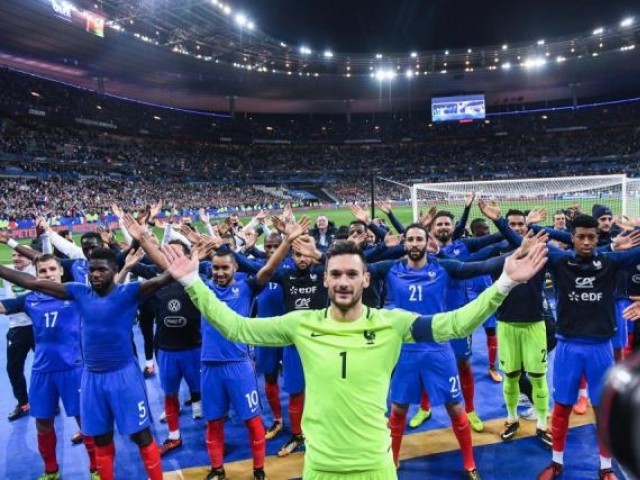 In those magical German nights, Zinedine Zidane was back. Back from retirement, back from the brink, back playing his best football. A whole nation was transfixed, few had doubts that France would win the World Cup when he dragged them to the final almost single-handedly.

However, things changed dramatically in the final against Italy. The match was heading towards penalties. In the final few minutes of the game, Marco Materazzi was suddenly lying on Berlin turf. The crowd was whistling, the referee seemed confused, the television cameras had initially missed it. Gianluigi Buffon rushed towards the officials, complaining furiously in indignation. Soon, Zidane was shown a red card. The altercation between the Italian defender and Zidane drowned the hopes of an entire nation. France lost on penalties.

Les Blues’ near misses are aplenty and perhaps define the team as much as their unpredictability does.

Four years from that fateful night, the squad revolted against coach Raymond Domenech in 2010, resulting in an early exit at the World Cup. In 2014, they lost to eventual champions Germany in the quarter-finals, barely putting up a fight.

Things didn’t look great for France until Didier Deschamps took over as coach. The World Cup winning captain of 1998 commanded the respect of a supremely talented team and the entire French nation.

Despite Deschamps at the helm, France entered the 2018 tournament with much speculation surrounding their squad. Criticism grew intense following Les Bleus largely insipid performances in the group stages. However, not once did Deschamps doubt the quality of his team.

Fast forward to one of the most thrilling matches of the 2018 tournament so far. In that round-of-16 clash against Argentina, the mood changed entirely. France showed focus, unity and defensive discipline as it all suddenly clicked for Les Bleus.

In a first, VAR used in World Cup as France beat Australia

With the full-backs providing much-needed width, N’Golo Kante silently orchestrating the midfield, Paul Pogba finding the right passes and Kylian Mbappe showing the kind of pace that is almost unmatched at this tournament, France seemed unstoppable — playing with the kind of hunger and focus befitting of champions as they ousted Lionel Messi’s Argentina. Deschamps’ plan worked.

France cannot afford to let their standard dip though as they face perhaps the best defence of the remaining teams when they take on Uruguay. One misplaced pass, a minuscule error or a shot too wide may be all that separates victory from heartache come the final whistle.

On Friday, several questions will be answered. Deschamps’ tactics worked wonders against a defensively weak Argentina but will they work against a team as solid as Uruguay? Will France maintain their newfound momentum? Will Deschamps’ men produce another spectacular display of football?

France is unpredictable, but so is football. And perhaps the only apt response to the questions above is ‘qui virra verra’ (He/she who lives shall see).

Then there were eight: A look at World Cup’s quarter-finalists