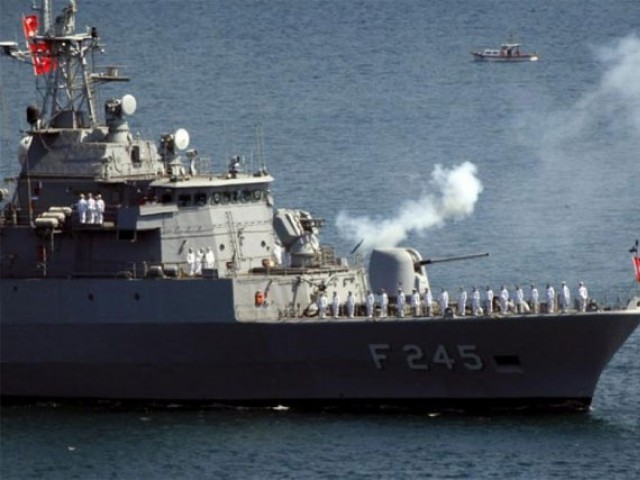 “This will be the largest single export in the history of Turkish defense industry,” Canikli told Anadolu Agency and TV broadcaster TRT during his official visit to Montenegro.

The agreement is a milestone for Turkish defence industry and has proven its adequacy, the minister said.

“Turkey has undertaken such a sophisticated project for the first time,” Canikli said.

Recalling that negotiations had continued for six months, he said the parties decided to build two of the corvettes in Istanbul Shipyard and other two in Karachi.

Meanwhile, a press release issued by the Pakistan embassy in Ankara said Pakistan Navy has signed a contract for acquisition of 4 x MILGEM Class Ships with M/S ASFAT A S Turkey.

The contract also includes complete transfer of technology and the transfer of intellectual proprietary rights for the design of those ships to Pakistan.

A noteworthy feature of the contract is that the fourth warship will be designed jointly by Pakistan’s Maritime Technologies Complex (MTC) and will be the first indigenously designed and constructed Frigate.

The construction of 3rd and 4th ship at KS&EW will not only enhance the industrial production confidence and the ships construction potential but also contribute towards national economy, creating new jobs and development of highly skilled human resource of the Karachi Shipyard.

The MILGEM Class Ships contract will go a long way in fostering Pak-Turkey strategic relations which have grown with time. The induction of the ships will substantially enhance Pakistan Navy’s combat capabilities and will contribute effectively towards maritime security operations in the region.

MILGEM Class Ship is a capable and extremely potent platform, favourably comparable with any contemporary warship of modern navies.

The ship is equipped with modern stealth features, and state-of-the-art 5th generation weapons and sensors, including indigenously developed missile system.

The acquisition of the modern ships will enhance manifold the capabilities of Pakistan’s naval forces which are an ardent guarantor of Maritime Security and stability across the region and beyond. APP