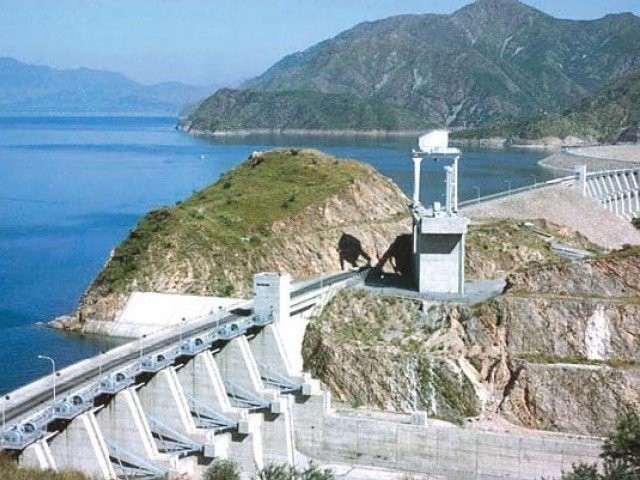 'Construction of new water reservoirs is imperative for economic survival of Pakistan and we must give it due importance without any further delay' PHOTO:FILE

In a statement, he appreciated the Supreme Court of Pakistan’s suo motu notice on the issue, saying every Pakistani was disturbed by the prevailing water shortage that had worsened from a stress-like situation to severe shortage. He called the Kalabagh dam a purely technical issue that had been politicised to weaken harmony in the country. He voiced concern over the ecological changes, saying construction of dams by India on rivers flowing to Pakistan was a matter of great worry.

According to the international yardstick, he pointed out, every country should have a minimum water storage capacity for 120 days whereas Pakistan could store water for only 30 days.

Owing to sedimentation, the storage capacity of existing water reservoirs is gradually decreasing, but successive governments have failed to take stock of the situation. The FCCI acting president said Pakistan was predominantly an agrarian economy as 60% of its population was directly or indirectly associated with agriculture, but with the gradually decreasing water supply, the country’s food security may come under stress.

“Construction of new water reservoirs is imperative for economic survival of Pakistan and we must give it due importance without any further delay,” Rauf remarked. Dismissing propaganda against the Kalabagh dam, he called it a national project that would equally benefit all the provinces.

“We could bring millions of acres of land under plantations to increase our agricultural production, in addition to creating job opportunities for rural populace,” he said, adding the dam would also provide cheap electricity and help Pakistan overcome load-shedding.