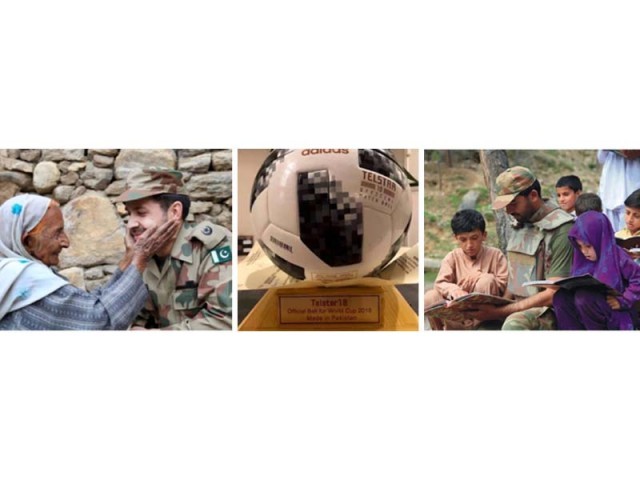 Some 4,433 pictures were posted for the competition, depicting positive use of social media and patriotism. PHOTO: ISPR

Thousands of people participated in a photo competition titled Positive Pakistan organised by the Inter-Services Public Relations (ISPR) on Twitter.

Some 4,433 pictures were posted for the competition, depicting positive use of social media and sentiments of patriotism.

“Dear Pakistanis. Thanks for your encouraging participation,” Director-General of the Inter-Services Public Relations (ISPR) Maj Gen Asif Ghafoor said in a statement on Thursday.

“You’ll are winners thus a token prize each for all participants. In competitive spirit 39 of you get special prize. Details are attached for information. Keep doing your bit for Our Pakistan,” the DG added.

Maj Gen Asif Ghafoor said, “Everyone gets a prize. No one is left out. For special prize, in case of same pic by more than one account tie breaker was time of post. The one posted first was ticked. Stay blessed. It’s ….. “Our Pakistan ہم سب کا پاکستان”

Concluding, the DG said, “Sorry to them who posted my pics and now don’t find their name listed. Those posts were discarded and not included in competition. I personally value and acknowledge your posts and association with respect. Thank you so much. It’s about Pakistan not any person.”