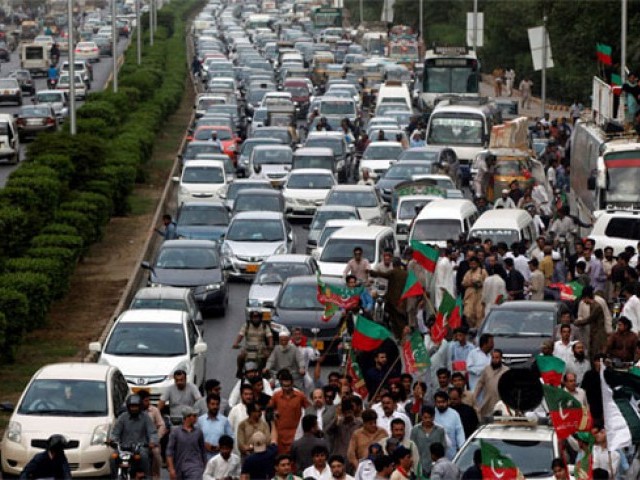 ISLAMABAD: After water crisis, the Supreme Court of Pakistan is focusing on the massive growth of population in the country.

The three-judge bench, headed by Chief Justice of Pakistan Mian Saqib Nisar on Tuesday took up suo motu case regarding increase in population.

The court has constituted two committees to evolve, within two weeks, a uniform policy on curbing population growth in the country. One committee is led by former secretary to Prime Minister Fawad Hassan Fawad. Attorney General Khalid Javed Khan is to lead the second task force.

The chief justice remarked that there is dire need to formulate uniform and effective policy to curb population growth. He also wondered whether the country is able to afford seven children in a family.

Likewise, he questioned whether the country has resources of such massive population.  The chief justice said that control of population growth is as important as issues related to the construction of dams and debt servicing.

Justice Umar Ata Bandial remarked that perhaps it is not priority of the government to control population.

During the hearing, a senior law officer told the bench that growth of population is 2.4%. He also observed that main reason of lawlessness, terrorism and social and economic issues is increase in population. Secretary health Khyber-Pakhtunkhwa (K-P) admitted that Pakistan did not evolve any policy on the control of population.

The CJP also asked Fawad that why the previous government did not take measures to control population, adding that he was secretary to PM.

Fawad responded that then PM Shahid Khaqan Abbasi had written letters to all chief ministers in this matter. However, he admitted the previous government could not evolve national policy on the issue.

Regarding the matter about the illegal appointment of Attaul Haq Qasmi as chairman PTV, the chief justice gave interesting remarks that he is well aware that who has drafted references against him. He also pointed out that Fawad was also present there.

The CJP noted that they will examine three matters, firstly, whether the appointment is legal or not. Secondly, whether the law permits Qasmi to get massive perks and privileges and, thirdly, if the selection is illegal then who is responsible.

Meanwhile, the bench has summoned ex-finance minister Ishaq Dar and ex-secretary Finance Dr Waqar Masood on July 9 (Monday) in the matter regarding appointment of Qasmi as PTV head.

The top court also sought reply from the federal and provincial governments within four days over the Federal Ombudsman’s report, wherein it is revealed that nearly 80,000 prisoners are languishing in almost a hundred jails across the country, having a capacity to accommodate only 56,353 inmates.

The hearing of case is fixed till July 11

The Federal Ombudsman submitted report before the Supreme Court in a suo motu case regarding the miserable condition of female prisoners.

The report also reveals that 1,955 women and 1,225 juvenile are imprisoned in different jails of the country.