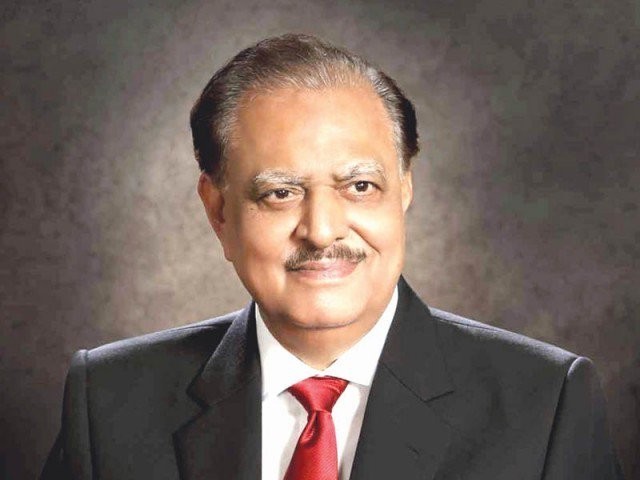 He expressed these views while speaking at the Lahore Chamber of Commerce and Industry (LCCI) Ambassadors’ Dinner 2018. PHOTO:FILE

LAHORE: President Mamnoon Hussain has said that despite all odds, the country is moving towards progress, which shows its immense potential and abilities.

He expressed these views while speaking at the Lahore Chamber of Commerce and Industry (LCCI) Ambassadors’ Dinner 2018. Ambassadors and representatives of over 50 countries and high government officials attended the ceremony.

Hussain said that the economy of Pakistan is reviving and well on the way to record persistently higher economic growth rate every passing year. “The optimal and long-term economic growth is only possible when all sectors of the economy supplement each other,” he said. “At present, agriculture, industry and services sectors are showing improvement.

“We are marketing Pakistan in an aggressive manner at the international level. The geo-political location of Pakistan has added a lot of value to its standing and it is all set to become a trade and energy corridor,” said Hussain, adding that the business community is the economic force for the country and its role is significant.

While expressing his views about the main objective of the event, he said that heads of foreign missions are not just diplomats, but the bridge for maintaining and developing contacts between respective governments and people across the borders.

LCCI President Malik Tahir Javaid drew the attention of the diplomats towards the decision taken by the Financial Action Task Force (FATF) placing Pakistan on its ‘Grey List’.