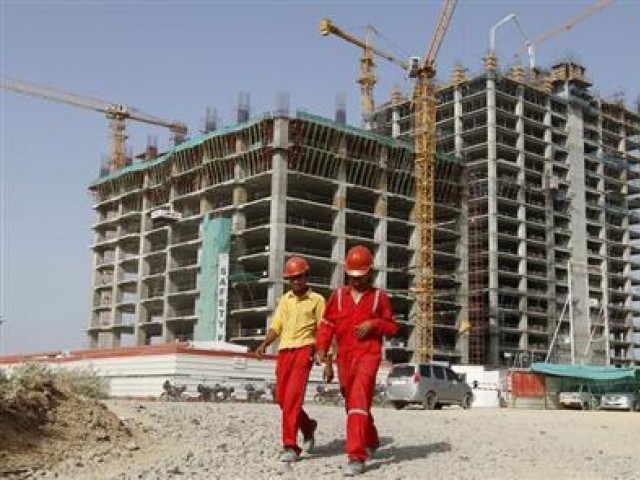 ISLAMABAD: Workers Welfare Fund (WWF) has almost completed around 95 percent construction work on the Labour Complex, being built along Islamabad Expressway to provide accommodation to the registered industrial workers of the twin cities of Rawalpindi and Islamabad.

An official source stated here on Monday at Ministry of Overseas Pakistanis and Human Resource Development that the complex, being built on 1,476 kanals of land, consists of 500 houses and 1,008 flats. He informed that the complex will be completed by end of December 2018 and handed over to the workers through the set criteria and policy of the department.

With cheap labour, Pakistan can establish linkages with foreign producers

He said around 65,000 workers of twin cities were already registered with Employees Old-Age Benefits Institution (EOBI) and these houses and flats would be given to them on merit.

Moreover, he elaborated that the project would be completed at the cost of Rs3.14 billion and all basic needs would be available in this complex including shopping centre, community centre, schools, mosques and playgrounds.

Workers Welfare Fund is an autonomous body working under administrative control of Ministry of Overseas Pakistanis and Human Resource Development and adding that this department was working for the welfare of industrial workers across the country.