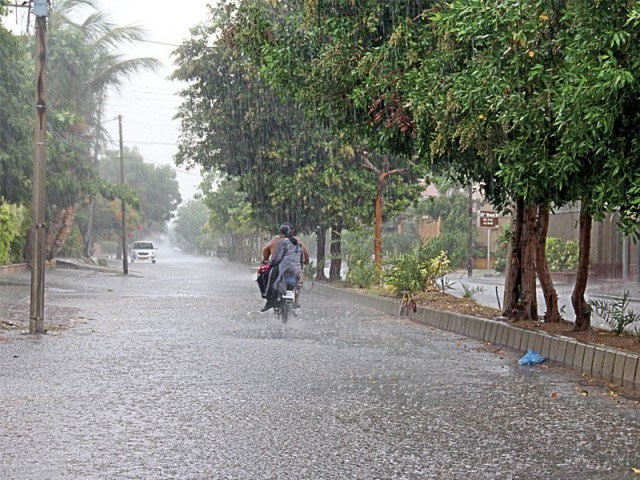 FAISALABAD: A man died while nine others were injured after roofs and walls of houses collapsed on them due to heavy rains in Faisalabad, Express News reported.

In the first incident, the roof of Sultan Ali’s house caved in at Astabal Colony in Gojra due to the rains. The incident resulted in the death of his son Faryad Ali, while his wife, daughter and a child suffered injuries. The injured were shifted to Civil Hospital for treatment.

Similarly, nine people also suffered critical injuries when they were buried under debris in different areas in Faisalabad. The victims were identified as Maria, Ghulam Hussain, Fayyaz, Zeeshan, Naeem, Ashiq Ali and others. All the victims were shifted to local hospitals for treatment and first aid.

Brace yourselves: Two-day rain spell expected from tomorrow in Karachi

The cool breeze and rain provided relief to the people from the hot and dry weather which had continued for the last many days, causing various diseases such as flu, influenza, sore throat and other conditions.

The rain also provided a sigh of relief to farmers who had called it a blessing for their yields. The Met Office predicted more rains in different parts of Punjab over the next few days.

Chances are high that the country will experience two to three spells of showers which will bring respite from the intense heat, he added.

Malik maintained that in 2018, the southern half of the country experienced slightly higher temperatures compared to the north. “Therefore, due to this difference in temperatures, it is expected that the country will witness pre-monsoon rains after mid-June,” he pointed out.