Countr­y needs energy, but at compet­itive costs that it can afford­
By SYED AKHTAR ALI
Published: July 2, 2018
Tweet Email 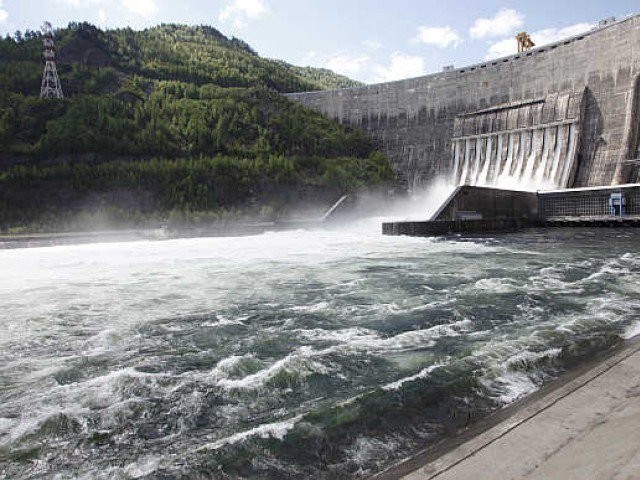 Recently, another bidding process got under way for 2,160-megawatt first-stage of the Dasu hydroelectric power project, which is being constructed in the Kohistan district of Khyber-Pakhtunkhwa under World Bank financing and of others. PHOTO: REUTERS

ISLAMABAD: We have earlier in this space written about reforming the China-Pakistan Economic Corridor (CPEC), identifying cases of excessive capital expenditure (capex) and tariff over-charging.

Capex for coal projects was about 40% higher than international costs and coal power tariff was 8.4 US cents per unit as opposed to a tariff in many jurisdictions of 5 cents and below.

In the meantime, more evidence has emerged. Recently, there were bids for the Jamshoro coal power plant wherein bids for engineering, procurement and construction (EPC) contract were one half than that for similar CPEC projects.

Recently, another bidding process got under way for 2,160-megawatt first-stage of the Dasu hydroelectric power project, which is being constructed in the Kohistan district of Khyber-Pakhtunkhwa under World Bank financing and of others. The project has two stages with cumulative capacity of 4,260MW.

Contracts for civil works have already been awarded. A recent bid was for electro-mechanical works including turbine, pressure shaft, etc. In this case too, there was the same trend. Bids were lower by 50% or even more compared to those for similar projects.

Admittedly, one of the projects has yet to be approved, but keeping the past history in view, it appears that the National Electric Power Regulatory Authority (Nepra) may approve higher costs and tariff. Apart from the lowest prices for Dasu, there is a wild variation among Nepra- CPEC projects. This throws credibility of EPC tenders in question.

There are two institutions that are fundamentally responsible for such egregious cost variations – Private Power and Infrastructure Board (PPIB) and Nepra. We need energy, but at competitive costs that we can afford and lets exporters compete in overseas markets.

In this case, none of the two are happening. There is circular debt because supply costs are high and government cannot afford subsidy. Exports went down because of lack of energy and now if this trend of awarding unreasonably high-priced projects continues, exports will suffer due to expensive energy.

Half of rural population in Pakistan still lack access to electricity, reveals report

In a recent interview, the PPIB managing director extricated himself by asserting that Nepra increased the PPIB-estimated capex from $1.1 million per MW to $1.44 million. An independent Nepra was made to announce neutral and independent awards and determination and the requisite organisational status was given to it.

There is something wrong somewhere. Stock-taking and reform is certainly required. In very rare cases in the past, one has been happy to see some spine and effort on the part of Nepra to withstand the pressure and apply its mind independently.

Admittedly, the task of Nepra in determining capex and tariff is not easy. It is not easy to get right data from independent sources. Yes, one cannot get data for free, but on payment abundant data and information from third-party sources is available.

But Nepra tends to cut corners in this respect and gives away hundreds of millions of dollars in higher tariff than paying to consultants hardly over $100,000.

There are many other things Nepra can do. Apparently but certainly, the competitive bidding required under Nepra processes is not working. Sponsors manage to obfuscate the process and come up with inappropriate project budgets.

It is widely known that sponsors hardly bring their own equity and finance the entire project through bank borrowing, resulting in a higher generation tariff. On top of that, Nepra is fond of giving higher and higher return on equity of 17% and more. On zero equity, any return is a windfall.

Hydroelectric power used to be the cheapest source of electricity. It is no more as it is now costing 8 to 10 cents as opposed to 5 cents or even lower for solar and wind energy. Even hydroelectric power is not priced more than 4 cents in most jurisdictions in the world.

Why it is expensive in Pakistan is indicated in the table. The hydroelectric power industry should contemplate as to who would buy electricity in such a situation.

Coming back to the EPC bidding and capex issue, here are some reform suggestions: 1) a more vigilant overseeing of the EPC bidding process has to be introduced. It cannot be left to sponsors, after all the cost and penalty is passed on to the consumer under cost-plus tariff or even otherwise.

2) Breaking the EPC into a number of components and inviting separate bids. This is particularly true for hydroelectric power projects. Nepra’s EPC limping approach has done much harm. There was a time when there used to be no EPC contractors and Nepra insisted on EPC bidders. As a result, phony contractors were invented by the sponsors with the resultant impact on costs.

Some kind of tariff rationing has to be introduced in which Nepra, the Central Power Purchasing Agency-Guarantee (CPPA-G) and the Power Division may have to apply their minds. I would propose an upper limit of 6 US cents and above that no project should be entertained. If some projects are to be chopped off the list, then let it be.

It is time to revise the list of CPEC projects, along with some negotiations with the Chinese government, and add more competitive projects like solar, wind and hybrid solar and wind. We need 10,000MW to be able to bring the average tariff down and reduce fuel imports.