Toll from two days of skirmi­shes rises to 12.
By Manzoor Ali
Published: May 24, 2011
Tweet Email 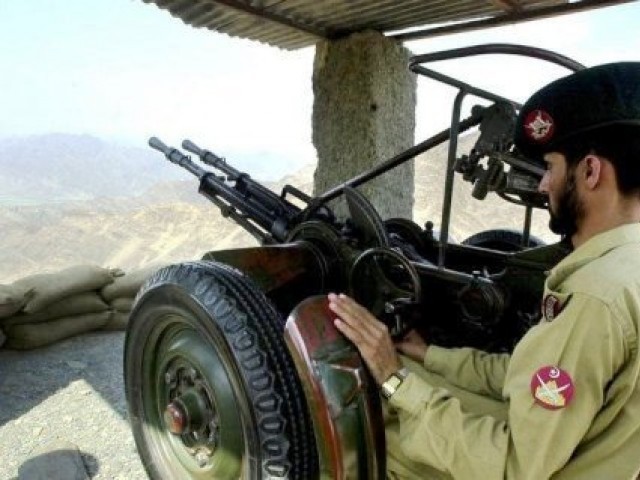 Toll from two days of skirmishes rises to 12. PHOTO: AFP

At least five people including two children were killed in the ongoing clashes between two tribes in the Lower Kurram Agency late on Sunday.

According to sources, the clashes took place in the Khar Killay area of the Lower Kurram Agency near Sadda town.

A day earlier at least eight people were killed and 12 others were injured in similar skirmishes in the agency. Sources said these clashes, started with disputes over installation of electricity pylons, are now spreading to other parts of the restive agency. The toll in the last two days has risen to at least 12 dead.

Violence erupted in the wake of reports that the army was mulling an offensive in the agency, said Corps Commander Lt Gen Asif Yasin Malik, hinting at a military operation in his interaction with a tribal jirga in Parachinar on May 19.

Malik said the authorities were planning a strategy to clear the area of militants and to make the Thall-Parachinar Road safer for travelling. The road was opened following an agreement between the warring tribes earlier this year in February. However, it collapsed weeks later after militants kidnapped around two dozen tribesmen in the Baggan area of Lower Kurram on March 26.