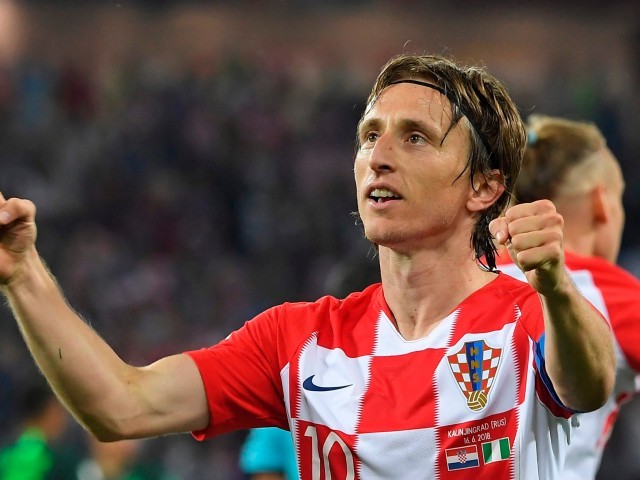 Four years with Iniesta at Barcelona and 11 alongside Modric for Croatia leaves Rakitic in a privileged position to judge two of the finest playmakers of the modern era.

“It seems like both of them are from different planets and they came to play football with us mortals,” Rakitic said. “Both of them are among the best players ever in their positions. You try to enjoy it as much as you can, to learn from them.”

Iniesta is regularly classed among the greats of the game and as a defining influence on Spain’s success, but Modric’s talents remain relatively unsung.

Perhaps, in part, it is because Iniesta’s brilliance has been backed up by achievements on the world stage — he scored the winning goal in the 2010 World Cup final — while Modric has not hit the same heights with Croatia.

Modric owns four Champions League titles from his six years at Real Madrid, and has also won a La Liga and the Copa del Rey.

But since making his Croatian debut in March 2006, in a friendly against Argentina, he has twice tasted disappointment in the group stage of the World Cup, either side of a failure even to qualify in 2010.

At the European Championship, Croatia fell at the first hurdle after the group phase in 2008 and 2016 and did not make it out of their group in 2012.

“Modric would probably be getting more attention than he is right now if he was a German or Spanish player,” Croatia defender Dejan Lovren said last week. “He would maybe even be a Ballon D’Or winner. But because we are a smaller country, he does get less attention than he deserves.”

Modric has never even made it into the top three of football’s most prestigious individual award but, after scoring twice in Croatia’s opening three games in Russia, there is a chance for him finally to put his stamp on a major tournament.

Iniesta and Spain could lie in wait in the quarter-finals but first, Croatia must overcome Denmark in the last 16 on Sunday in Nizhny Novgorod.