US urges Pakistan not to be a 'safe haven' for terrorists

US urges Pakistan not to be a 'safe haven' for terrorists

Nikki Haley tells Indian think-tank it is approa­ching relati­onship with Pakist­an differ­ently than in the past
By News Desk
Published: June 28, 2018
Tweet Email 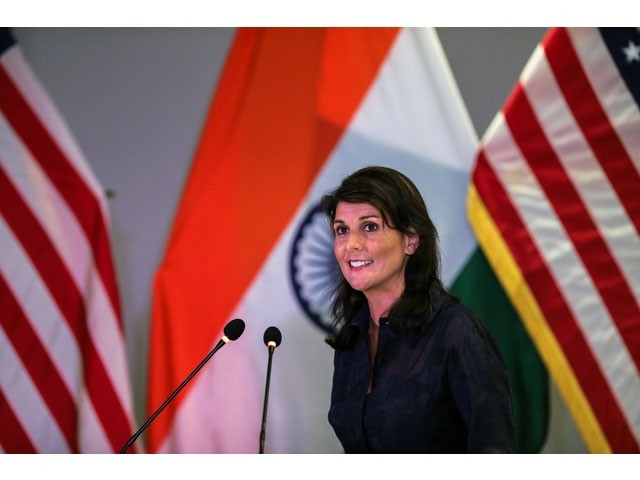 US Ambassador to the United Nations Nikki Haley speaks during an address on advancing India-US relations at an event in New Delhi on June 28, 2018. PHOTO: AFP

US Ambassador to the United Nations Nikki Haley has admitted that Pakistan is cooperating with the United States, but insisted Washington couldn’t ‘accept any government that protects terrorists’.

Talking to an Indian think tank in New Delhi on Thursday, Haley said, “the United States is approaching our relationship with Pakistan differently than in the past.”

In many instances, she added, Pakistan has been a partner with us, and we value and respect that.

“But we cannot tolerate its government, or any other government, giving safe haven to terrorists. We won’t tolerate it. We are communicating this message to Pakistan more strongly than in the past and we hope to see changes.”

‘Pakistan needs to offer similar incentives to US’

The envoy added, “China is an important country, and the United States, like India, seeks a productive relationship with China. But, unlike India, China does not share our commitment to democracy, the rule of law, and fundamental freedoms.” 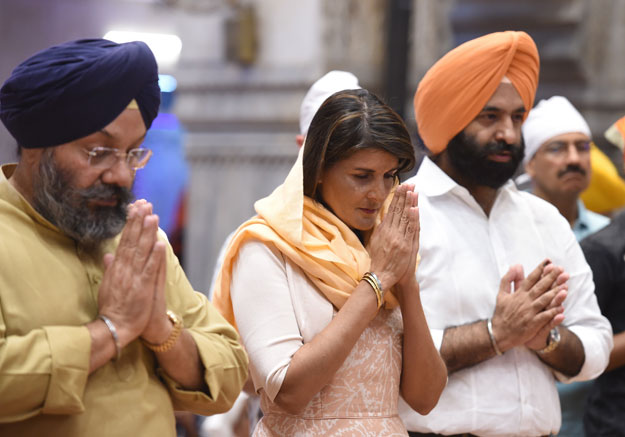 “This makes China’s expansion of loans and investments in countries in the region a matter of concern for many of us,” Haley said. “China’s failure to respect the rights of its people and the rule of law will limit its own ability to grow and prosper over the long term. And unlike with India, this will limit the United States’ relationship with China.”

The envoy undertook an interfaith journey in New Delhi, visiting a Hindu temple, a Sikh shrine, a mosque and a church in old parts of the capital. She is visiting India for the first time since she became the US ambassador to the United Nations in 2017.

Haley was born in South Carolina to Sikh immigrants from the northern Indian state of Punjab.