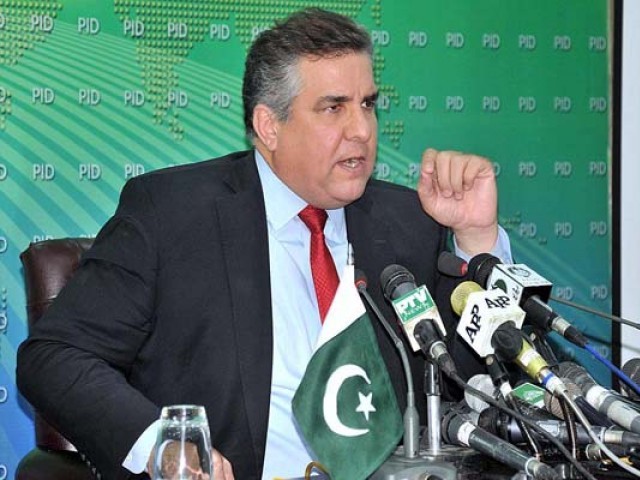 ISLAMABAD: The apex court on Thursday disqualified Pakistan Muslim League-Nawaz (PML-N) leader and former federal minister Daniyal Aziz in a contempt of court proceeding, whose general purpose, the court observed, was not a personal vendetta, but to vindicate court’s ‘honour and dignity’.

This year on February 2, Chief Justice of Pakistan Justice (CJP) Mian Saqib Nisar took notice of Aziz’s ‘contemptuous speeches’ against the judiciary in the wake of the Supreme Court’s July 28, 2017 verdict that resulted in disqualification of former premier Nawaz Sharif and the beginning of graft cases against him and his family members.

Later, a three-judge SC bench, headed by Justice Sheikh Azmat Saeed and comprising Justice Mushir Alam and Justice Mazhar Alam Khan Miankhel, began hearing of the case. On May 3, the bench reserved its judgement, which was unveiled on Thursday amid heightened security.

According to the 17-page judgement authored by Justice Miankhel and read by Justice Alam, Aziz was found guilty of the offence and was convicted ‘till the rising of the court’, a punishment that effectively rendered the PML-N stalwart disqualified from holding public office for at least for 5 years.

The bench, however, noted that purpose of the contempt proceedings is to vindicate its ‘honour and dignity’, adding that an overall picture which ‘appeared on the canvas’ is very gloomy and melancholic.

“The purpose of contempt proceedings is not to wreak vengeance or it is never the question of ego of a judge to punish such person but to vindicate honour and dignity of the court so as to keep and strengthen the confidence of the general public in the judicial system and keep the system far from pollution and obstructions,” it said.

He was accused of claiming on Sep 9, 2017 that the corruption references against Sharif family were prepared by SC Justice Ijazul Ahsan, who is also supervising trial court proceedings against Sharifs.

It was alleged that he, while commenting on the SC’s Dec 15, 2017 judgement in Imran Khan and Jahangir Tareen disqualification case, had called the verdict in accordance with the “script”.

He was accused of targeting Justice Ahsan on Dec 21, 2017 by questioning who had asked him to direct the Joint Investigation Team (JIT) to probe the affairs of Capital FZE, a company owned by Hussain Nawaz.

The bench convicted him on two charges.

“We are satisfied that the contempt committed by alleged contemnor for which he charged with (ii) and (iii) have been proved to have been committed, which is substantially detrimental to the administration of justice and tantamount to scandalise the court and tend to bring court… judge into hatred and ridicule.

“The court is taking a lenient view of the matter and convict Daniyal under section 5 of the Contempt of Court Ordinance 2003 and sentence him with imprisonment till rising of the court,” it added.

The court said the ordinary and normal practice of the courts is to show judicial restraint in such matters but Aziz’s statements cannot be treated as just and fair comments on the judgement of the court or on the conduct of a judge of the court.

The court noted that a politician of the stature of alleged contemnor having fairly large public following having access to social media, print media and electronic media are expected to be more careful in his selection of words and should use very guarded language and act like a role model for of the masses.

Legal experts believe that in view of the SC’s verdict, Daniyal has been disqualified from holding public office for the next five years.  However, he may file an Intra-Court Appeal (ICA) against the verdict, which would be heard by five-judge larger bench of the apex court.

Senior lawyers are raising serious questions over the unfettered use of contempt of court powers against politicians. Since the start of 2018, the top court has convicted PML-N leader Nehal Hashmi in a contempt case, while proceedings against PML-N leaders Tallal Chaudhary and Ahsan Iqbal are under way. The court also maintained the sentence of police officers who manhandled former CJP Iftikhar Chaudhry in 2007.