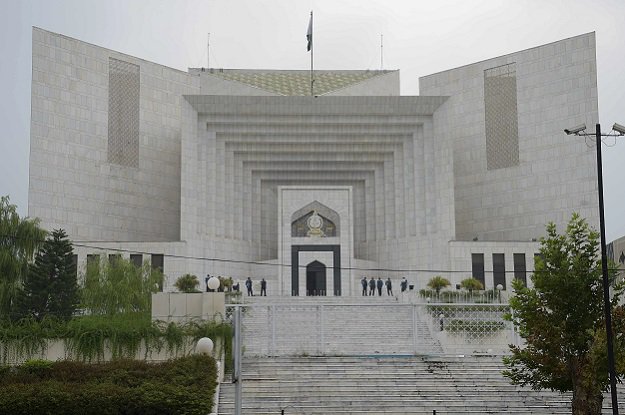 The Chief Justice said that all four provinces would benefit from the construction of new dams. PHOTO: AFP/FILE

ISLAMABAD: The Supreme Court on Wednesday decided to take up the issue of construction of dams on a daily basis from next week.

“There is a need to construct dams,” said Chief Justice of Pakistan Mian Saqib Nisar heading a three-member bench hearing a plea in connection with the construction of Kalabagh dam.

“Even if we have to suspend judicial proceedings we will in view of the importance to the issue and will hear it on a daily basis,” said the chief justice, adding seminars and workshops should be held for the construction of dams.

The Chief Justice said that all four provinces would benefit from the construction of new dams.

Justice Nisar said that seminars should be conducted to make people aware about the importance of Kalabagh dam.

There would be nothing wrong if the dam was constructed, he said. “However, four provinces have to act like four brothers. If someone sacrifices for the betterment of the whole family, it should be obliged,” he added, noting that consensus would have to be developed for building new dams.

He asked Bahria Town Chairman Malik Riaz, who was present in the courtroom regarding his case, that he would have to contribute towards this cause.

The chief justice said “If dams are not constructed, then there will be acute water shortage in the country.”

Later, the chief justice addressed a meeting on the water crisis and construction of dams. “It is the duty of the Supreme Court to enforce fundamental rights. We will take the dams issue seriously,” he said.

During the course of hearing, Aitzaz Ahsan advocate was appointed amicus curiae in the case.

Engineer Imtiaz Ali Qazalbash, former member Wapda, told the Supreme Court that only one project out of 20 hydroelectric projects planned since 1976 was controversial.

He said work on many projects got delayed due to Gen Zia’s martial law.

Qazalbash opposed the construction of Kalabagh dam, saying “If the dam is constructed, then around 500,000 to 600,000 people will be displaced comparing with 45,000 for Mangla and 63,000 for Tarbela dam were displaced.

He said that dams in Pakistan could not be built because of corruption in Wapda.

He said Diamer-Bhasha dam could have started in 2001 had it not been for the Kalabagh dam lobby that started to say that first Kalabagh dam would be built first while the rest later on.

He said instead of the Kalabagh, Diamer-Bhasha dam would stop silting of the Tarbela dam and increased its age for 30 years.

He said in the 1970s and the 1980s international donors were offering Pakistan funds for the dams.

Former Wapda chairman Shamsul Mulk told the bench 15 years ago he wrote a letter to Gen (retd) Pervez Musharraf and highlighted the grave situation of water in the country. “I wrote that 30 per cent population and 30 per cent land would be affected due to the shortage of water.”

From horror to healing: Lawyers band together to take up torture cases