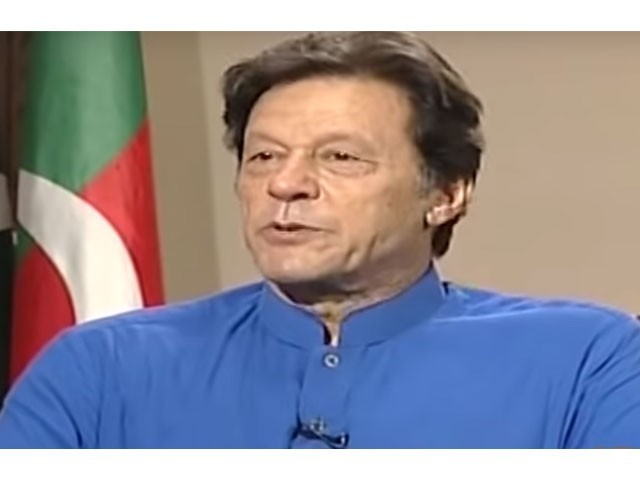 Pakistan Tehreek-e-Insaf (PTI) chief Imran Khan made it clear on Wednesday they are stepping into the election battleground with the sole purpose of defeating Pakistan Muslim League (PML-N).

“We are facing the status quo party PML-N,” Imran said during an interview with Hamid Mir on Geo News programme Capital Talk Tuesday. “If we really want to win this match, we need to defeat PML-N.”

“We will plan every strategy that could win us this match against PML-N,” Imran maintained.

For this purpose, the PTI chief added, we are inducting new people in the party, including those exiting other parties like PPP and PML-N, but 50 to 60 per cent of such people are PTI’s own.

“We will also do seat adjustments in any constituency where we feel can defeat a PML-N candidate through such as arrangement.”

In short, Imran stressed, we need to win this election and we have made our entire strategy to achieve this objective.

Asked how the PTI planned to defeat PML-N in its stronghold central Punjab, Imran said the election campaign that has now formally kicked off will prove to be the main decider for the masses in the days to come.

He also claimed that the surveys carried out by the party had proved that PML-N’s popularity had decreased as compared to PTI’s.

Interestingly, the PTI and PPP had earlier termed defeating the then ruling PML-N in the Senate elections the sole purpose of contesting the polls.

Earlier on Wednesday, an election tribunal cleared Imran Khan to contest polls from NA-53 Islamabad constituency. The PTI chief appeared before the appellate tribunal after two no-shows to complete his nomination form. The returning officer (RO) had rejected Imran’s nomination papers on technical grounds that the candidate did not fill “Clause N” of the affidavit.

The said clause is required to mention ‘contribution’ of former legislators made to their respective constituencies during their previous tenure.