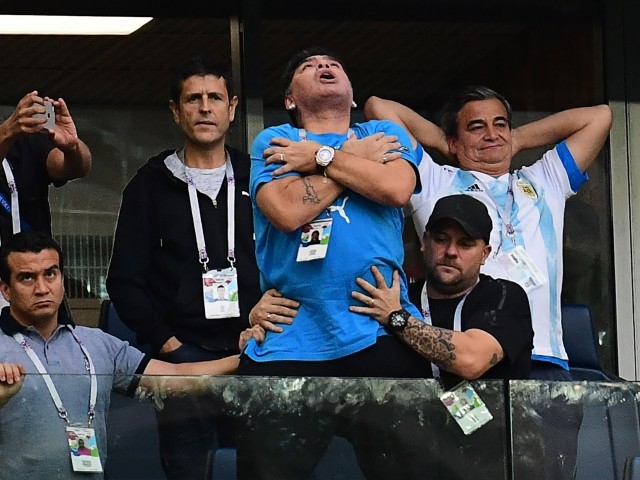 MOSCOW: Diego Maradona says he is fine after sparking a health scare following Argentina’s dramatic late win against Nigeria that saw them progress to the last 16 of the World Cup.

Maradona had been visibly emotional during the match in Saint Petersburg, which Argentina had to win to stay in the tournament.

He leaned over the front of the VIP box from where he was watching with friends and made an obscene gesture after Marcos Rojo scored a late winner.

“I want to tell everyone that I am fine, that I am not and was not hospitalised,” the 57-year-old wrote on Instagram on Wednesday.

He walked with difficulty and was guided into the dining room of the VIP section by two friends before sitting down in a chair.

“At half-time against Nigeria, my neck hurt a lot and I suffered a drop in my blood pressure, i was checked by a doctor and he recommended that I go home before the second half, but I wanted to stay because we were risking it all,” he said.

“How could I leave?”

Sarfraz confident ahead of Zimbabwe tour