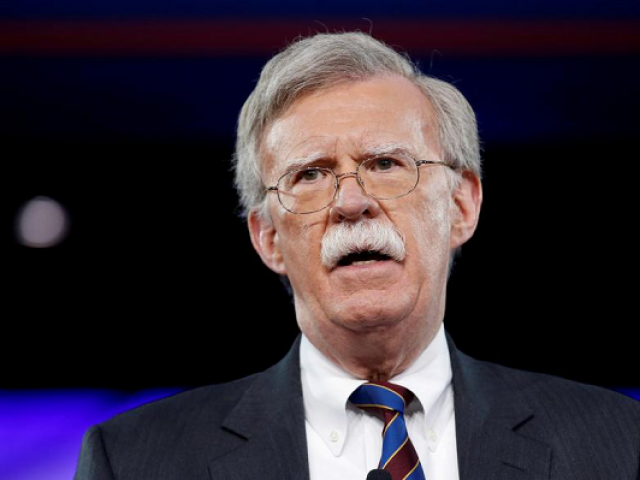 MOSCOW: Russian President Vladimir Putin will host US National Security Advisor John Bolton for talks Wednesday aimed at laying the groundwork for a summit between the Kremlin chief and Donald Trump.

“Such talks will take place today,” he said.

Bolton’s visit is aimed at exploring the idea of a highly anticipated summit between the US and Russian presidents which may take place next month.

But in a conference call with reporters on Wednesday, Peskov declined to discuss details of a possible meeting between the Russian and US leaders.

He said Putin’s meeting with Bolton would be used to discuss “the sad state” of bilateral relations as well as top international issues.

Trump is due to participate in the July 11-12 NATO summit in Brussels before heading to Britain to meet Prime Minister Theresa May and Queen Elizabeth II.

Earlier this month, Putin said he was ready to meet Trump as soon as Washington gave the green light, adding that Vienna was a possible venue.

But Politico reported this week that the two could meet in the Finnish capital Helsinki, instead of Vienna.

Finnish President Sauli Niinisto said Helsinki is “always ready to offer its good services if asked.” He did not provide further details.

Ties between Washington and Moscow have been strained by the wide-ranging probe into Russian meddling in the 2016 US presidential election and possible collusion with the Trump campaign as well as the poisoning case of a former Russian spy.

The last, brief meeting between Putin and Trump took place in November 2017 in Vietnam during an APEC summit.