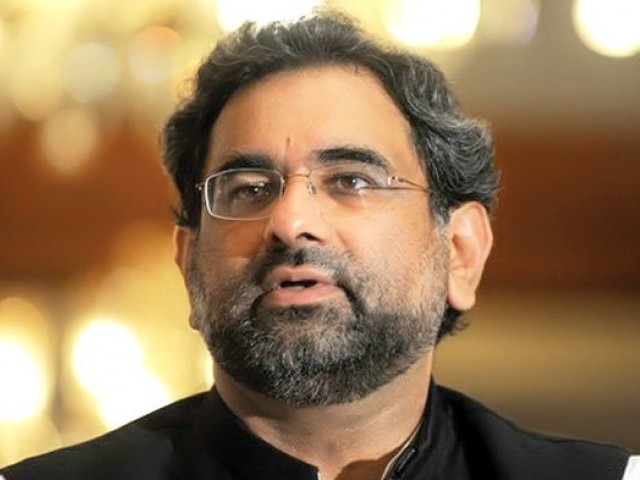 ISLAMABAD: In an unprecedented decision, an election tribunal in Rawalpindi on Wednesday disqualified the Pakistan Muslim League-Nawaz (PML-N) leader and former prime minister Shahid Khaqan Abbasi from contesting election from his home constituency of NA-57, Murree.

All these politicians have announced to contest their case in higher courts, where those aggrieved by the decisions of tribunals can institute writ petitions.

On Wednesday which was the last day for the appellate tribunals to decide appeals, the single-judge appellate tribunal issued a written order that noted that the former premier was “guilty of concealment of facts and withholding of the complete information from his voters.”

Declaring him to not be ‘Sadiq’ and ‘Ameen’ [truthful and trustworthy], the tribunal said Abbasi was “not a qualified person to be elected or chosen as a member of Majlis-e-Shoora (parliament) within the meaning of Article 62(1)(f) of the Constitution of Pakistan.”

Application of this article renders a person disqualified for life. If the tribunal’s decision that came with regard to Abbasi’s candidature for the NA-57-Murree is not turned down in the higher courts, he would be rendered ineligible also to contest from the NA-53 Islamabad the second constituency from where he filed nominations. His nominations were accepted from Islamabad on Tuesday.

Justice Lodhi elaborated two grounds to disqualify former premier – he mis-declared his assets and committed forgery. He mentioned that in the form-B in which statement of assets and liabilities are attached, Abbasi declared the value of his house located in Islamabad’sposh F-7/2 sector as Rs300,000 only.

“Either the cost of house has incorrectly been shown as Rs300,000 or if the same is the actual cost of the house, then the respondent must have obtained the mortgaged money more than 80 times of actual cost of mortgaged property from the bank by using his influence of being a member of parliament or subsequently prime minister of Pakistan. Both positions cannot be reconciled conveniently”.

The judgment mentioned a layman living in Islamabad can assess the cost of a house over many kanals in front of Jinnah Super Market where open land is worth Rs5 million to Rs6 million per marla.

“Responding to the submissions of the learned counsel for respondent that unless there is a declaration of any court of law under which a person can be declared as not qualified or not honest and Ameen, I declare that this tribunal constituted under the statutory provisions of a federal statute is a court of law and after declaring that Abbasi  being guilty of concealment of facts and withholding of the complete information from his voters is not an honest and ameen person and after such declaration, declare him as not a qualified person to be elected or chosen as a member of the Majlis-e-Shoora (parliament) within the meaning of Article 62(1)(f) of the Constitution of Pakistan,” Justice Lodhi said in his judgement.

The PML-N’s covering candidate from NA-81, Gujranwala Atif Farid Sabir had challenged the nomination papers of Maulana Jalali accusing him of not disclosing information about his income tax return. He said Jalali also failed to submit his passport to the RO despite an order issued by the Supreme Court.

He said the RO ignored the facts and accepted nomination papers of Jalali. The tribunal accepted the appeal and set aside the RO’s decision allowing Jalali to contest the polls.

Another tribunal accepted an appeal against the candidature of Imran Sher Ali and rejected his nomination papers from PP-117, Faisalabad. The tribunal also disqualified Haider Ali Kharal of the Pakistan People Party (PPP) from NA-113, Toba Tek Singh.

All four election tribunals formed at the principal seat comprising judges of the high court stood dissolved as June 27 was the last date to decide appeals against the decisions of the returning officers.

Talking to reporters, Abbasi vowed to challenge the decision. He clarified that in the new election laws, candidates are only required to declare the cost of their assets. There is no legal requirement to mention present market value. “We purchased this property in 1974. This was the price. The law only requires mentioning the cost of an asset,” Abbasi told reporters. He said he had taken the loan two years back.

After the tribunal’s verdict, Fawad Chaudhry claimed that former chief justice Iftikhar Chaudhry was behind the rejection of his nomination papers. “This move is aimed to adversely affect my election campaign,” he said.

The PTI spokesperson said that in past, he was warned by some quarters not to hold press conferences against former CJP or be ready to face consequences. He also announced he would approach the Supreme Judicial Council and the Pakistan Bar Council against Justice Lodhi.

“Lodhi is said to be very close to the former CJP. Everyone knows how he was appointed as a judge. The legal fraternity is well aware of his integrity and moral standing,” the PTI spokesperson said. Other candidates also announced they would file writ petitions in the high court against the tribunal’s verdicts.

Legal experts had divergent views on decisions of tribunals. Some said appellate tribunal can only accept or reject nominations. They opined that the tribunal exceeded its jurisdiction with these judgments. Other experts were of the view that ROs and tribunals have to assess the credentials of the candidates on the basis of Article 62 and 63 of the Constitution.

Revised lists to the published today

Since the process of scrutiny of nomination papers is over, election authorities will publish revised lists of candidates today (Thursday). They will be the candidates whose nominations have been approved by the ROs and those who have been allowed to contest polls by the tribunals if their candidatures were challenged in the tribunals.

Friday will be the last day for those who would want to withdraw their candidatures, after which a final list will be compiled and candidates will be allotted election symbols on June 30.

After the allotment of symbols, the printing of ballot papers will start at the designated government printing presses. Security at the three presses has already been turned over to the army.

With additional reporting from our correspondents in Islamabad and Lahore