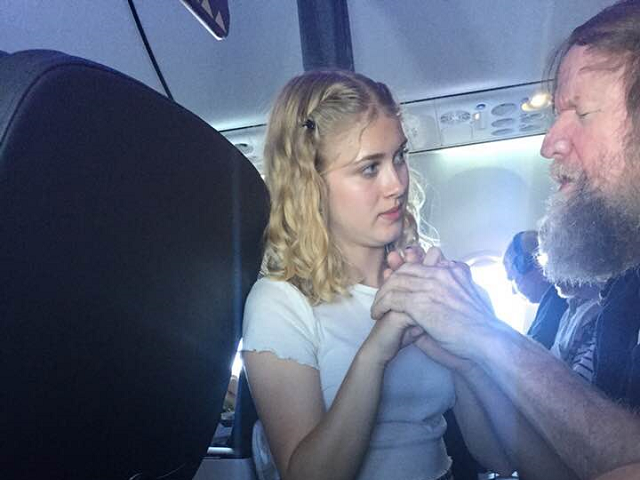 A teenager’s act of kindness in an attempt to help a visually and hearing impaired man has gained the attention of millions around the world who are praising the girl for her selfless act.

Clara, 15, and Tim, 64, were both onboard an Alaska flight en route to Portland, Oregon.

The airline staff, facing difficulty communicating with Tim, who is both visually and hearing impaired, made an announcement seeking assistance from fellow passengers.

Clara who had been learning American Sign Language (ASL) for a year came forward in order to help Tim.

Clara spelled out words using ASL onto Tim’s hands allowing him to feel the letters and comprehend the meaning of what she was saying.

A fellow passenger Lynette Scriber witnessed the episode first hand and posted on Facebook saying that “He was able to read her signing and they carried on an animated conversation.”

Jane’s mother Clara was happy at the positive reinforcement her daughter received online, stating that what she did on the plane was something she would have always done.

This story originally appeared in BBC.

Texas to execute ‘ice pick killer’ for rape and murder