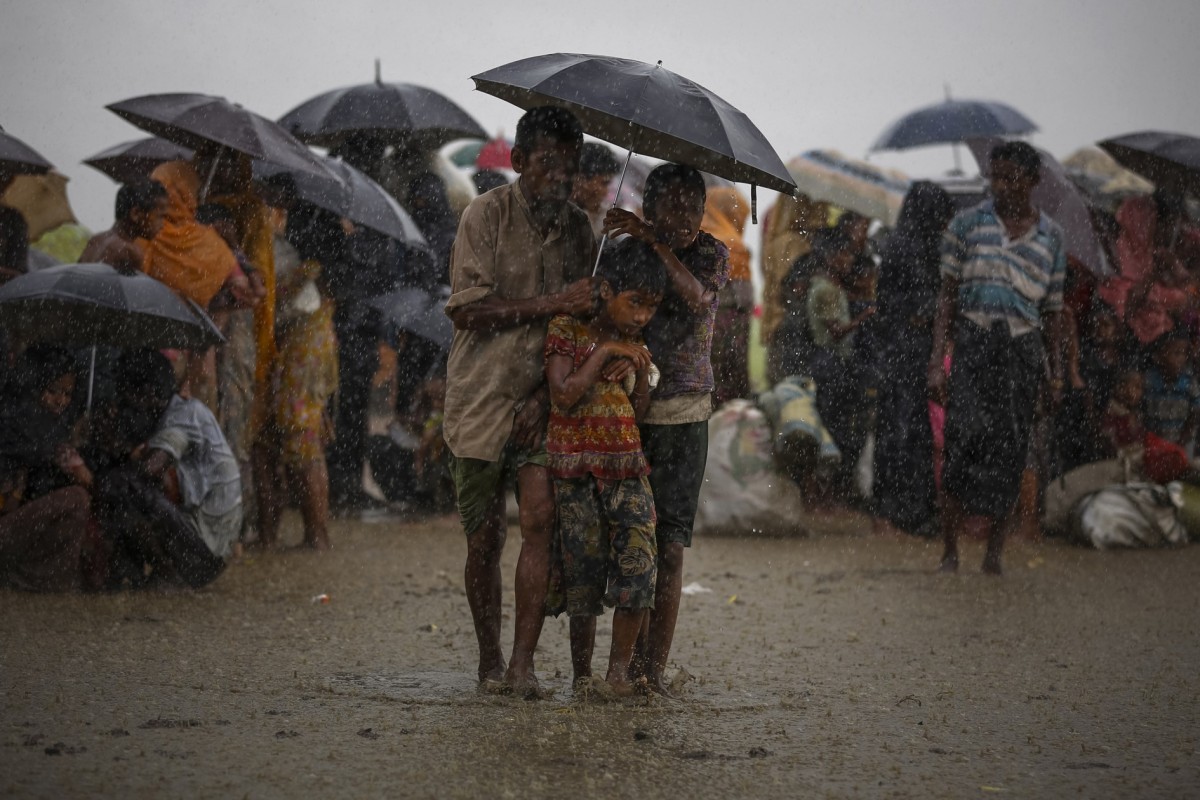 NEW YORK CITY: Myanmar’s military chief and other top brass have been accused by Amnesty International of crimes against humanity for overseeing a ‘systematic’ attack against Rohingya Muslims, according to a report by the rights group Wednesday calling for prosecution at the International Criminal Court.

More than 700,000 Rohingya Muslims were forced to flee Rakhine state after a military crackdown that the United Nations has said amounts to “ethnic cleansing”.

Myanmar’s military has denied targeting the stateless minority and said it was defending itself against Muslim militants who attacked police posts in August 2017.

But a new report from Amnesty said army commander-in-chief Min Aung Hlaing and 12 other senior military and security officials oversaw an orchestrated campaign of violence in the restive state where the Rohingya have been historically marginalized.

It is the first time senior military officials have been named and implicated in the violence.

“The ethnic cleansing of the Rohingya population was achieved by a relentless and systematic campaign in which the Myanmar security forces unlawfully killed thousands of Rohingya, including young children,” said the report.

“The bulk of these crimes were not the actions of rogue or out-of-control soldiers or units,” it added, rejecting previous claims by the military that some soldiers may have broken the rules of engagement.
It also accused security forces of sexual violence, torture, forced displacement and burning markets and farmland that starved communities and forced them to flee.

“These crimes amount to crimes against humanity under international law, as they were perpetrated as part of a widespread and systematic attack against the Rohingya population,” the report said.

The report said some senior military figures and border guard police oversaw units that directly carried out alleged atrocities, while others knew of subordinates’ actions and failed to prevent, stop or punish the crimes.

The 186-page report is the most detailed account of the crisis yet and follows fresh sanctions from the European Union this week against seven security officials accused of serious crimes including sexual violence and killings.

Min Aung Hlaing was not hit by the sanctions but six people on the EU list are named in the Amnesty report, including Major General Maung Maung Soe, the former head of the western command in Rakhine.

In a rare move, Myanmar’s military said this week he had been sacked for ‘weakness’ in his role.

But some said it was a piecemeal gesture.

“They are now grasping for ways to draw a line under international pressure,” Aaron Connelly, director of the Southeast Asia project at the Lowy Institute in Australia, told AFP.

“But none of these attempts are likely to work, short of prosecutions for crimes against humanity and the eventual return of large numbers of Rohingya to Rakhine State under improved legal and humanitarian conditions.”

Hundreds of thousands of Rohingya have settled in squalid camps in neighboring Bangladesh, many too scared to go back despite a repatriation agreement with Myanmar that rights groups have said does not guarantee a safe return.

Amnesty said it has not received a reply to its request for comment from Myanmar officials.

The Amnesty report is based on more than 400 interviews in Myanmar and Bangladesh from September 2017 to June 2018 and satellite imagery, forensic analysis and confidential military documents.

It said ARSA killed informants and people with military links and massacred dozens of Hindus in the area, which the militant group has denied.