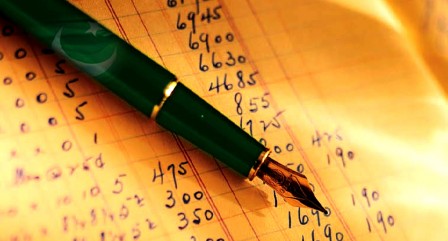 Analysts expect the tax net to get deeper, not wider.

Judging by the provisions leaked thus far, the federal government’s budget for the next fiscal year appears set to have ambitious targets for revenue collection without any of the accompanying courageous moves necessary to meaningfully widen the tax net.

The government is set to announce a Rs3,200 billion budget, with Rs1,700 billion revenue target. The consolidated budget deficit – combining provincial and federal budgets – is targeted at 4.1% of the GDP, down from the 5.1% for this year.

Research reports issued by most major investment banks seem to view the government’s efforts to raise revenues with a heavy dose of scepticism. In most cases, the government’s planned increases in revenue come from sources that already contribute the overwhelming bulk of its tax collection. In short, it seems that the old maxim of “tax what you can, not what you should” is still the operating mantra in Islamabad.

While the International Monetary Fund has been calling for an end to nearly all subsidies, the government has thus far resisted its pressure, even at the expense of failing to meet the IMF’s requirements on its budget deficit. This is partially due to the ideological orientation of the ruling Pakistan People’s Party, which is the largest left-leaning political party in Pakistan and as such wedded to the idea of providing government support to the most vulnerable segments of the Pakistani population.

Nevertheless, many economists aligned with the opposition feel that the government’s current development programme is too focused on subsidies – which address short-term concerns – rather than infrastructure spending, which promotes long term economic growth. Some market analysts feel that the government will once again refuse to reduce its subsidies this year, even at the expense of larger fiscal deficits.

Hence most analysts expect only a minor decrease in subsidies and a focus on increasing taxation. Yet, even in that effort, there seem to be areas where the government is not willing to challenge the status quo.

One of the sectors that have been exempt from many forms of taxation is the export-oriented industrial sector. Under the current taxation regime, exporters face a 1% tax on revenues and no corporate income taxes on their profits. Given the substantial profits earned by companies earning in foreign currencies and spending in rupees, this is a gaping hole in the tax net and there has been widespread speculation that the government would remove this exemption and tax exporters at the regular corporate income tax rate of 35% of profits.

Merrill Lynch, the New York-based global investment bank, expects the government to remove its exemptions from sales tax and the federal excise duty (FED) once it implements the Value Added Tax Ordinance, 2010. Analysts at JS Global Capital concur with that view.

“[It is] a structural benchmark required by the IMF,” said Farah Marwat, analyst at KASB Securities. Ms Marwat, however, did note that a similar measure was withdrawn within one day of being proposed last year owing to stiff opposition from the exporters’ lobby.

The government has been pinning much of its hopes for increasing revenues on levying the value added tax (VAT). Government analysts expect the levy to raise as much as Rs70 billion in additional revenue. But most analysts seem to be sceptical of the achievability of that target.

The VAT is set to replace the general sales tax (GST), which is currently levied at the retail level only. Simply put, it means that instead of being levied only at the final point of sale, the VAT will be levied at all stages of production. This will require the government to levy a tax on entities that currently do not pay any sales taxes. Given the government’s inefficiency in collecting the taxes it already levies, many observers doubt that the VAT will result in higher revenues for Islamabad.

Nevertheless, if the government is able to augment its capabilities – particularly if it can create an automated, electronic process – the VAT is a good idea. The VAT requires the taxpayer to pay on its full revenues and then apply to the government for a refund based on its input costs. This means that the government would have a company’s revenues and expenses and can arrive at an accurate estimate of its income on which it can then levy the corporate income tax. It is a powerful tool at the government’s disposal, should it seek to utilise it.

When all else fails, print money

Merrill Lynch identifies the sourcing of the government’s deficit financing, whether domestic or foreign, as a critical factor in determining the strength of the economic recovery.

Of the Rs703 billion fiscal deficit, approximately Rs521 billion (74% of the total) is to be financed through domestic sources. This includes Rs155 billion through domestic banks. The remaining Rs366 billion is through non-banking sources, which Merrill Lynch sees as the problem.

M3, which is one of the broadest measures of money supply and is commonly used in Europe, is seen as a leading indicator of inflation. If the government borrows money from the State Bank – a euphemism for printing money – it will artificially increase the supply of money in the economy and increase inflation. Harmful even in the best of times, this would have a crippling effect on the nascent economic recovery.

It would also run counter to the central bank’s stated goal of seeking to reduce inflation. Higher inflation leads to higher interest rates, which makes the cost of capital too high for many businesses to invest in growth. The central bank has acknowledged this as a problem but seems to lack the courage of its convictions to tell the government to stop monetising the fiscal deficit.

No need for complacency