Aircra­ft was return­ing from a traini­ng sortie­
By Our. Correspondents
Published: June 26, 2018
Tweet Email 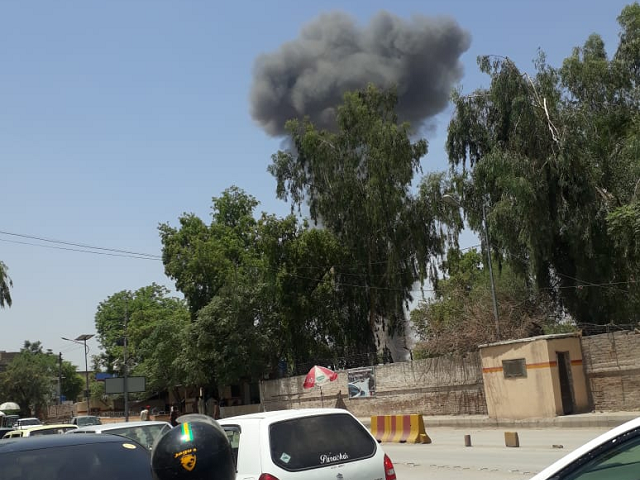 PESHAWAR: Two Pakistan Air Force (PAF) pilots were martyred on Tuesday as a training aircraft crashed while landing at the Peshawar airbase, said a statement released.

The FT-7PG trainer aircraft crashed while recovering from a routine operational training mission during landing.

“Both the pilots embraced Shahadat in the tragic incident. A board of inquiry has been ordered by Air Headquarters to determine the cause of accident,” said the PAF statement.

Soon after the incident, a rescue operation was launched.

The plane was a part of training sessions conducted at the old airport on Walton Road. During the flight, the two-seater plane lost balance and crashed into the side of a house.

Fortunately, the pilot and co-pilot only suffered minor injuries for which they were given first aid by Rescue 1122.