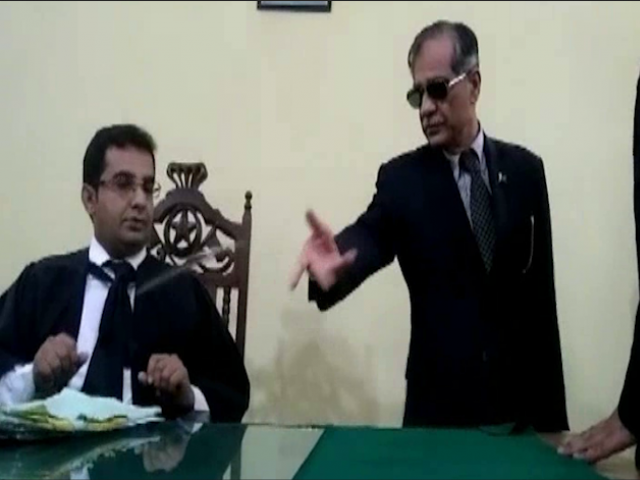 In a letter addressed to the Sindh High Court (SHC) registrar, Solangi said he was resigning “due to the humiliating behaviour of the top judge” during  proceedings in his court “which were widely aired in the electronic, print and social media”.

Solangi, who had been serving on the post since March last year, added that he was unable to continue serving as a judge after suffering “deep anguish and injury” to his “self-respect and dignity”.

He requested immediate acceptance of his resignation. 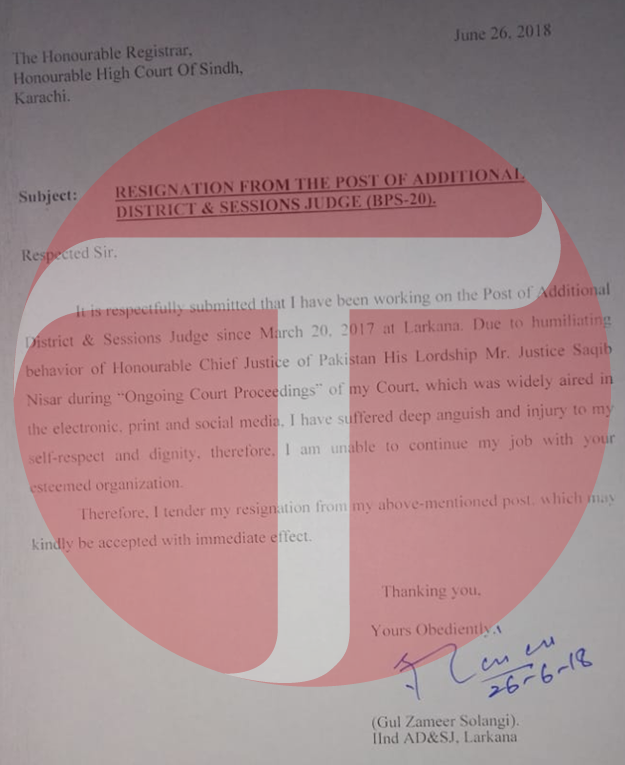 CJP tosses judge’s cellphone, admonishes him for using it in court

On Saturday, Justice Nisar picked up and tossed the mobile phone of the sessions judge after admonishing him for using the device during court hours. The incident happened during the CJP’s surprise visit to lower courts in Larkana to observe their proceedings.

While visiting city court-III, Justice Nisar grabbed the sessions judge’s cellphone and flung it on his table. He then asked the judge about the cases he had heard since the morning. The judge said he had heard three cases since morning. To this, the CJP shot back:  “How can we ensure provision of justice when judicial process is so slow?

“Where are Sindh and Pakistan going? … What are you doing for the cases of missing persons? … Wrap up these cases swiftly,” he added.

NAB to approach Interpol to bring back Dar, Hassan and Hussain