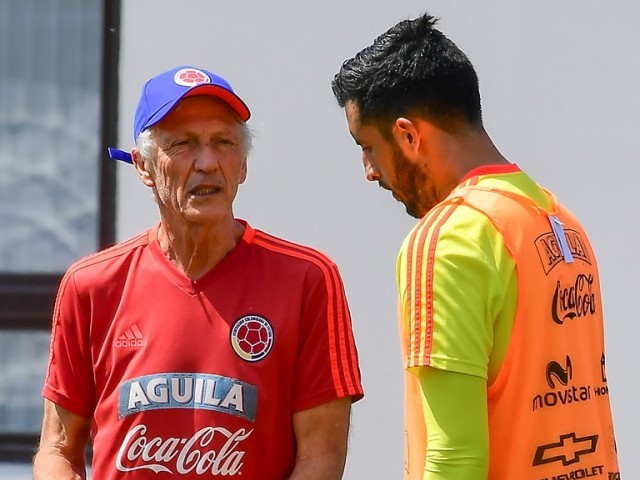 DÉJÀ VU: Following on from a stunning opening reverse to Japan, the emphatic victory revived memories of the effervescent style of Colombia's charge to the quarter-finals in Brazil four years ago. PHOTO: AFP

KAZAN: Colombia coach Jose Pekerman said his team still needed to get better despite reviving their World Cup campaign with a 3-0 demolition of Poland at the Kazan Arena on Sunday.

Following on from a stunning opening reverse to Japan, the emphatic victory revived memories of the effervescent style of Colombia’s charge to the quarter-finals in Brazil four years ago.

With James Rodriguez and Juan Quintero providing the ammunition from midfield and all-time leading scorer Radamel Falcao opening his World Cup account up front, the Colombians dismantled a physical but limited Poland side.

Pekerman knows there is still plenty of work to do, though, with a victory over Senegal in Samara on Thursday necessary to guarantee progress from Group H.

“This victory will make us stronger,” the Argentine told a news conference. “The level of our fitness is improving, and today from beginning to end we stayed true to that style. But we’re not going to go crazy. Mentally we’re in a good place, but we need to continue to improve because we are ambitious and we want to continue in this World Cup as we hoped. We are going to go forward with faith.”

Pekerman paid tribute to the legion of yellow-shirted fans who shouted themselves hoarse in support of their team at the Kazan Arena, and the many more back home in Colombia.

He also took time to speak in support of defender Carlos Sanchez, whose third-minute red card for a deliberate handball contributed greatly to their 2-1 loss to Japan.

“He has had a very hard time these last few days,” said Pekerman. “We wanted to share this victory with him. I’m expressing it personally, but it’s something all the squad feels.”

In an echo of the murder of Colombian defender Andres Escobar in the wake of his own goal at the 1994 World Cup, police in the South American country are investigating death threats made against Sanchez.

“The player was deeply affected by this matter, and I think we all understand football really is something else,” Pekerman added. “These things shouldn’t even be said lightly. Whether it’s confirmed or not, this is something that is extremely painful.”