Replac­ement of labour with capita­l in urban sub-sector leads to this situat­ion
By HUSSAIN H ZAIDI
Published: June 25, 2018
Tweet Email 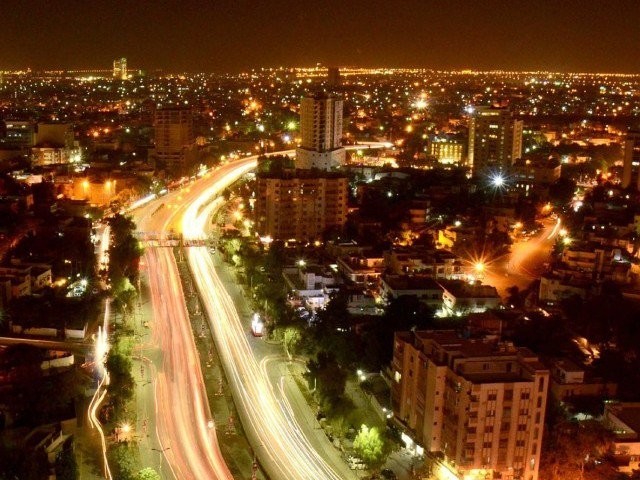 Pakistan is at present ranked 147th out of 188 nations on the UNDP Human Development Index. PHOTO: INP

ISLAMABAD: Conventional economic wisdom sees a causal relationship between the expansion in economic output and job market. At times, however, economic growth may drive down unemployment or the increase in employment may lag considerably behind that of the output.

Likewise, a contraction in economic growth may have a far greater impact on the employment level. The resultant phenomenon is called jobless growth. Pakistan is among those countries which are facing jobless growth.

Before we look at relevant data, it is important to point out that unlike developed economies, in which most of the employment is cyclic, developing countries face a chronic unemployment problem, which is caused by structural constraints to job growth.

Therefore, increase in government expenditure or cuts in taxes, which is generally a useful recipe for developed countries, cannot be an effective instrument for shoring up employment level in developing countries.

Coming back to Pakistan, as per the Pakistan Economic Survey, during the 1980s, 6.5% average economic growth was registered. Out of a total labour force of 11.6 million, 11.2 million were employed (including those underemployed) while only 0.4 million were unemployed.

The unemployment rate was a low 1.4%. Thus, the 1980s was a decade of high growth and low unemployment.

During the 1990s, the labour force increased nearly three times to 35.1 million. Out of this, 33.1 million were employed while nearly 2 million were unemployed, resulting in a high 5.7% unemployment rate. The 1990s also saw average economic growth decelerate to 4.6%.

However, the contraction of 1.9 percentage points in growth rate was far below the 4.3-percentage-point rise in unemployment rate during the 1990s – a visible sign of jobless growth.

The next decade of 2000s saw the average economic growth marginally go up to 4.7%. With a 45.5 million labour force, the unemployment rate rose considerably to 6.8%. Again, this is an index of jobless growth as despite a higher growth rate, the unemployment level went up.

However, the higher economic growth rate has not been accompanied by a proportionate fall in unemployment rate.

From 6% in 2010-11, the unemployment rate marginally fell to 5.9% in 2014-15, the last year for which Pakistan Economic Survey or Pakistan Bureau of Statistics data is available.

The data strongly suggests that Pakistan has been facing jobless growth. The increase in GDP growth has been accompanied by either a higher unemployment rate or a less than proportional fall in unemployment rate.

At times, the contraction in economic growth is accompanied by a more than proportional increase in unemployment rate.

A major cause of jobless growth is economic dualism. Like most other developing economies, Pakistan is subject to double dualism. One is the familiar rural-urban or agriculture-industry dualism.

But dualism also exists within the urban sector, which consists of two sub-sectors. There is an organised industrial sector, which is relatively advanced in its techniques of production and employs labour with relatively high productivity. This sector has been the major beneficiary of government policies.

There is also an informal sub-sector, which consists mainly of self-employed and small-scale craftsmen, such as hawkers, shopkeepers and auto mechanics who have low productivity.

Economic development in Pakistan has entailed transfer of resources from agriculture to the urban organised sector or from a labour-intensive to a capital-intensive sector.

Government policies have also encouraged substitution of labour with capital through low interest rates, reduced taxes on imported plant and machinery and grant of subsidies to the organised urban sub-sector.

As a result, the sub-sector has been inclined towards use of relatively cheap capital at the expense of labour.

Maximising output is not the same as maximising job creation. Capital-intensive or labour-saving techniques may increase output, but may also increase unemployment and thus poverty.

Labour-intensive techniques, by contrast, may increase employment, but may have a limited effect on increasing output. The replacement of labour with capital in the urban sub-sector has led to jobless growth.

Over the years, the growth of commodity producing sector (CPS), comprising agriculture and manufacturing, has slowed down and its contribution to the overall growth has declined.

One of the causes of slowdown in the CPS is transition from import substitution to an export-led growth strategy and the concomitant drastic tariff reduction, which exposed the domestic industry to foreign competition.

The free trade agreement (FTA) between Pakistan and China, which has been in force since 2007, also hurt the domestic industry that competed with imports, which had to cut jobs.

Concluding FTAs without preparing the domestic industry for enhanced import competition was an ill-advised move, to say the least.

Finally, the trickle-down growth strategy that Pakistan has adopted has resulted in widening of income disparities. This does not bode well for job creation as there is meagre investment in human capital development and thus labour skills and productivity do not increase commensurate with requirements of the industry.

Pakistan is at present ranked 147th out of 188 nations on the UNDP Human Development Index.