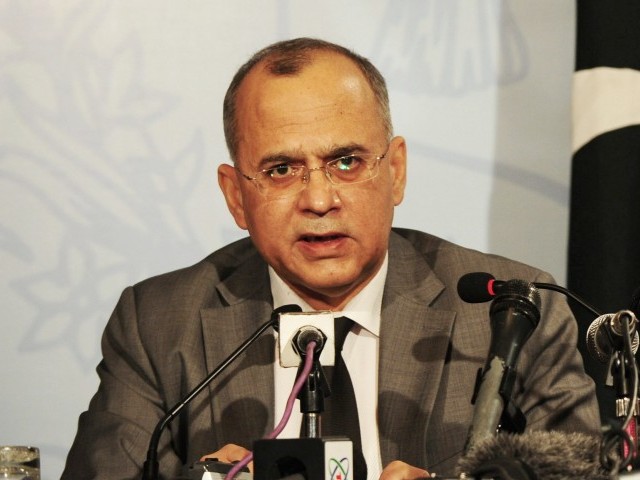 Pakistan and Afghanistan are working to set in motion a high-level joint commission tasked with managing direct negotiations with the Afghan Taliban as part of the effort by both countries to end the decade-old war.

Foreign Secretary Salman Bashir is leaving for the Afghan capital on Monday (today) to finalise the dates and venue for the opening session of the joint commission.

The commission was established in January this year but has yet to hold its maiden session after strained ties between Pakistan and the United States put a halt to efforts to end the Afghan conflict.

During a visit to Kabul in April, Prime Minister Yousaf Raza Gilani added military and intelligence chiefs of both countries to the joint commission, in a move widely seen as empowering the commission further.

Prime Minister Gilani and former Afghan President Burhanuddin Rabbani would lead talks involving military and intelligence chiefs from both sides of the border for the first time. Rabbani is also head of the Afghan Peace Council formed by President Hamid Karazi in a bid to reach out to the insurgent groups for a negotiated settlement to the war.

During his two-day visit, the foreign secretary will meet President Karzai and deliver a special message from Gilani. He is also scheduled to hold talks with Burhanuddin Rabbani to discuss issues concerning the reconciliation process, a Foreign Office official told The Express Tribune.

Speaking on the condition of anonymity, the official said the US will be part of the discussions on how to engage the Afghan Taliban for a political solution to the Afghan war. The development comes three weeks after al Qaeda chief Osama Bin Laden was killed in a US commando raid in his compound in Abbottabad on May 2 and ahead of the beginning of phased pull out of troops by North Atlantic Treaty Organization (Nato) from Afghanistan in July.

The death of the world’s most wanted man is seen as positive development to give fresh impetus to the peace-making efforts with the Afghan Taliban.

Renouncing al Qaeda is one of the key conditions set out by the US for talks with the Taliban. Experts are of the view that the Taliban chief Mullah Omar and the other insurgents will be in better position to disassociate themselves from the al Qaeda following the killing of Bin Laden.

Some observers, however, urged caution. “It is too early to make a judgment,” said a Pakistani diplomat, who is currently posted in Kabul.

According to the US figures, there are 50 to 100 al Qaeda militants currently operating in Afghanistan, and if this is correct then the terrorist organization can’t have major say, the diplomat added.

Apart from the bilateral engagement, the foreign secretary will attend a trilateral meeting to be attended by senior officials from Pakistan, Afghanistan and the US to discuss the current security situation and other matters.

US assured there will be no unilateral action: Foreign Office