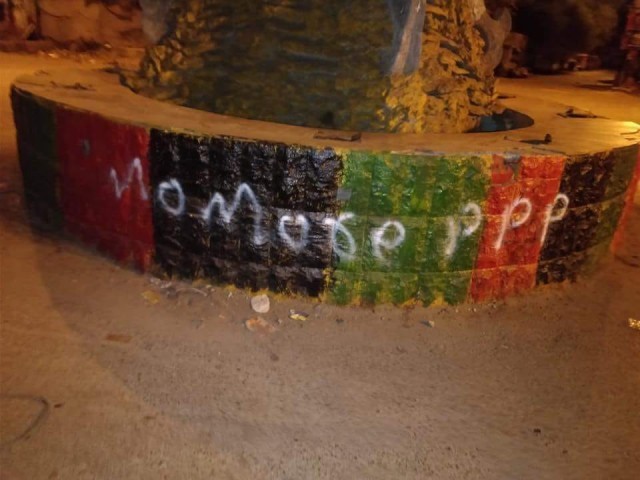 KARACHI: The Pakistan Peoples Party (PPP) seems to have landed itself in hot water hardly a month before the elections, with banners proclaiming “No more PPP” cropping up in different parts of Lyari – a stronghold of the party since its inception.

Lately, the voices of dissent among the party’s ranks have grown louder, particularly over the issue of allotment of party tickets as local leaders feel ignored or sidelined. The frustration seemed to boil over on Friday, resulting in the wrecking of portraits, banners, signboards and hoardings bearing photos and messages of the party’s candidates.

“We welcome Bilawal Bhutto to contest the elections from NA-246 [which constitutes a large part of Lyari], but will not let others win from our area,” said Mehmood Hashim, former Lyari Town Nazim and now the vice chairman of Union Council 4. “Not only me, almost all UC chairpersons, vice chairpersons and notables in Lyari are against the party leadership’s decision to award the provincial assembly seat tickets to Javed Nagori and Haji Abdul Majeed Baloch.” 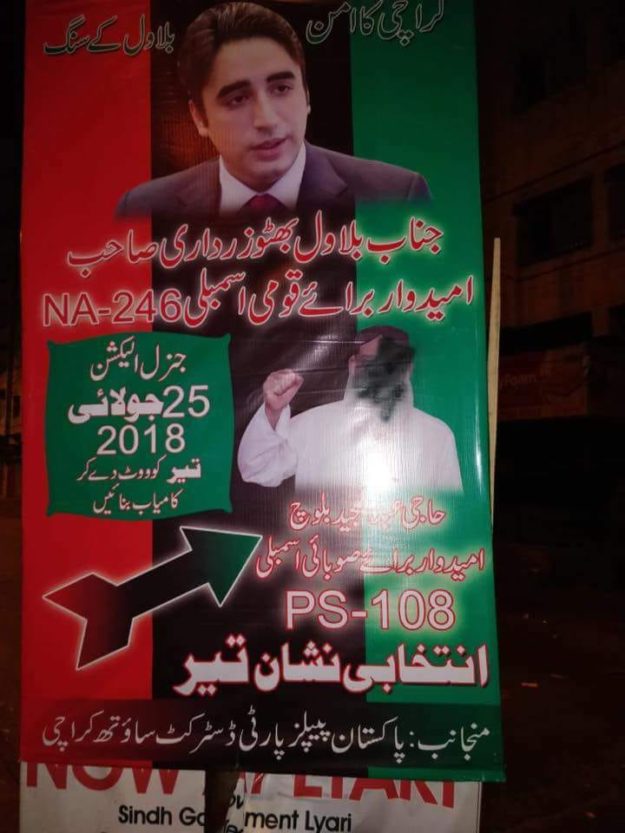 During a visit to the area, several voters alleged that the PPP had given tickets to those who had been nominated by the notorious Lyari-based gangs in the 2013 general elections. “After the last general elections, the then MPAs Javed Nagori and Saniya Naz had given oath [of allegiance] to Uzair Baloch,” recalled a UC chairman, speaking on the condition of anonymity. “The PPP has again awarded a ticket to a gang war nominee, ignoring loyalists.” He added that the elected representatives had given nothing, but misery in the last five years.

Among those contesting against the PPP in Lyari are notables like former MNA Shahjahan Baloch, Ahmed Ghanchi, the vice-chairman of UC 1 and Abdul Majeed Jat vice -chairman of UC-4.

Former MNA Shahjahan Baloch has not only started lobbying against the PPP, he is also contesting the elections as an independent candidate from both the provincial assembly seats, PS-107 and PS-108, against Javed Naghori and Haji Abdul Majeed Baloch, respectively.

On the other hand, Habib Jan, a former member of the PPP’s Sindh Council and convener of the Karachi City Alliance and Friends of Lyari, has announced to contest the polls against the PPP. Habib Jan, who was once close to Uzair Baloch and former PPP home minister Zulfikar Mirza, has also announced support for the Pir Pagara-led Grand Democratic Alliance. “Zulfikar Mirza has fielded him in the area to give a tough time to the PPP, so he has come from London especially for the task,” a source privy to the development told The Express Tribune. 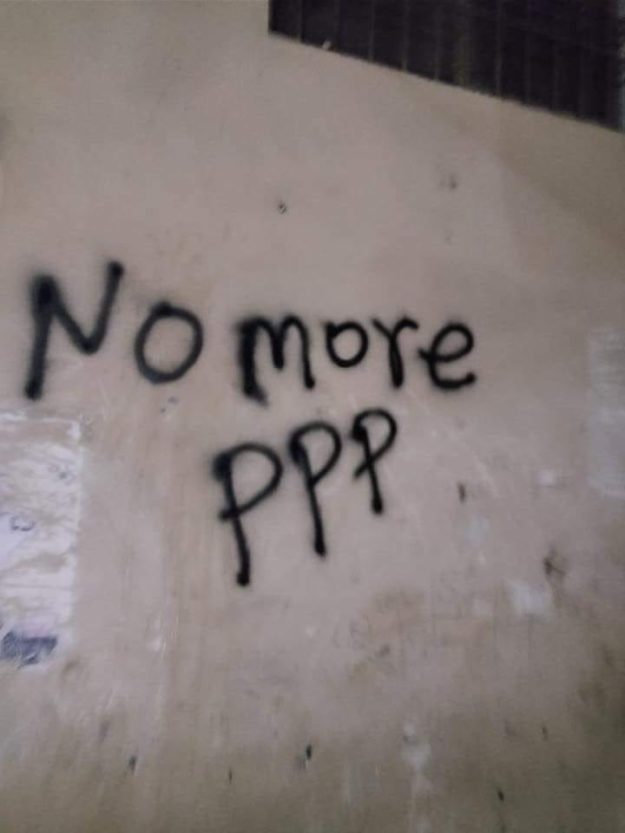 The other major factor in Lyari’s electoral politics is the Kutchi community, which faced the brunt of the violence meted out by the PPP-supported gangs in Lyari between 2010 and 2014.

Now, the party is trying to woo the community by assuring its leaders of awarding their members reserved seats for women. “There is a huge vote bank of the Kutchi community, so the PPP has decided to promise a reserved seat to Shazia Sanghar to appease its members,” said one community leader.

Bilawal Bhutto’s decision to contest the elections from NA-246 seems to have been formulated on account of the lack of suitable candidates from the area.

The real competition will be between Bilawal and the Pakistan Tehreek-e-Insaf’s Shakoor Shad Baloch, who was earlier affiliated with the PPP and contested a few elections as an independent candidate. Shakoor also enjoys the support of Baloch nationalists.

With a little more than a month left to the elections, the PPP has not formally launched its campaign in the constituency. There are reports that Bilawal will soon address a rally at the historic Kakri Ground, which hosted his parents’ wedding in 1987. The turnout at the rally, if it does take place, will paint a clearer picture of how the PPP is set to fare in the polls.