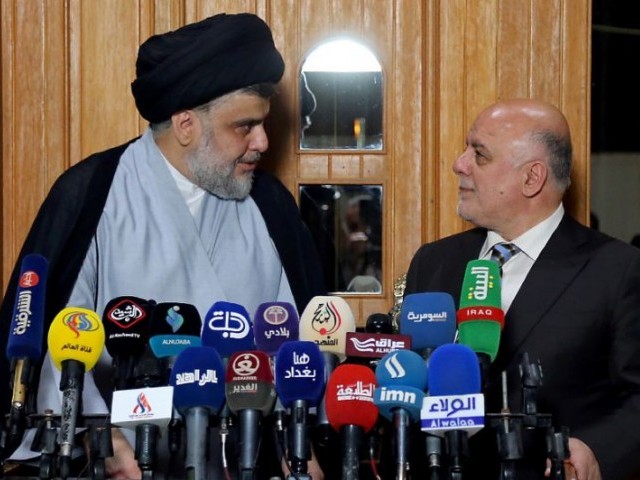 Iraqi Prime Minister Haider al-Abadi and nationalist cleric Moqtada Sadr on Saturday said they had formed an alliance in a bid to create a new government after May polls.

On Saturday Abadi travelled to the Shiite shrine city of Najaf to meet Sadr.

After three hours of talks they issued a joint statement announcing they had set up a coalition.

Five ways Iraq has changed since fall of Saddam

The statement said their alliance “transcends sectarianism and ethnic” issues “in order to speed up the formation of the new government and agree on the principles which serve the aspirations of our people”.

A source close to Sadr’s Marching Towards Reform alliance said the thorniest issue is who will fill the post of prime minister in the new government.

Abadi would like to keep the job but is meeting resistance from rivals who beat his bloc in the election.

Saturday’s joint statement did not mention an alliance Sadr formed earlier this month with two other lists, ahead of a manual recount ordered by Iraq’s supreme court amid allegations of fraud.

Last week the firebrand Sadr, a former militia leader, reached a coalition agreement with the pro-Iranian former fighters under Hadi al-Ameri, whose list came second in the election with 47 seats.

Before that, Sadr formed an alliance with Shiite Ammar al-Hakim’s Al-Hikma list, which won 19 seats, and the secular outgoing vice-president Iyad Allawi, whose list was comprised largely of Sunnis and secured 21 seats.

From Ataturk to Erdogan: Five things to know about modern Turkey