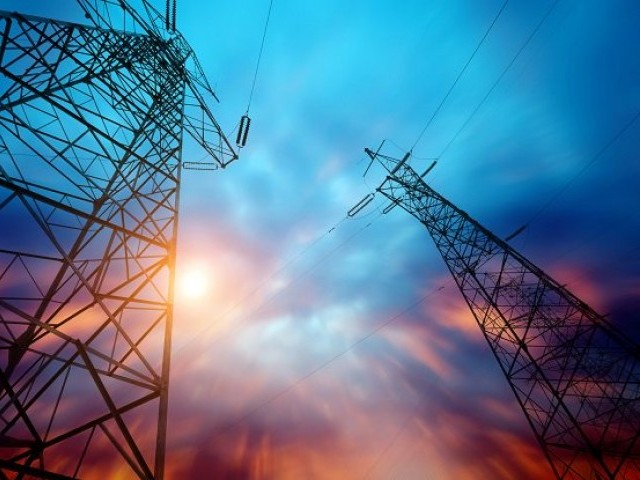 According to audited figures compiled a few days ago, receivables from power defaulters stood at Rs729.8 billion in June 2017, which jumped to Rs851 billion by the end of April this year, weighing on the power sector.

The federal government was a defaulter of Rs4.88 billion in June 2017 but receivables reached Rs9.24 billion in April 2018.

Azad Jammu and Kashmir (AJK) was due to make payments of Rs80.7 billion in June, however, by April its receivables swelled to Rs95.87 billion. The amount owed by the provincial government stood at Rs115.02 billion in June 2017, and increased to Rs145.8 billion in April. Receivables against agri tubewells in Balochistan were Rs185.3 billion, which also jumped to Rs224 billion.

Rather than improving governance in the power sector and recovery of bills, the PML-N government imposed surcharges to recover the amount from power consumers who regularly pay their bills. During its tenure, PML-N government burdened power consumers with surcharges of Rs2.3 per unit that inflated monthly electricity bills, leaving a set of challenges for the power sector in the future. Despite the levy of surcharges and a dip in global crude oil prices, the circular debt in energy chain still poses a threat to the upcoming elected government.

In a meeting of the Economic Coordination Committee (ECC) on May 24, PML-N’s economic managers acknowledged that financial position of the power sector was at a critical level because of a host of reasons.

These included unsatisfactory performance in terms of regulatory benchmarks for loss reduction and improvement in recovery, unavailability of subsidy, delay in detailed tariff determination, which had now been notified, but its effect would start emerging in the next few months. The ECC was informed that higher energy sales due to a significant increase in the generation base, also contributed to the circular debt build-up.

It was also discussed in an earlier meeting at the office of the minister of finance on May 22. The huddle, attended by the Power Division secretary, decided to seek another loan for the power sector as there was no further room to provide financial support under the budgetary head.

In the ECC meeting, the Power Division proposed that Rs50 billion should be borrowed from commercial banks in a fresh financing facility to be arranged through Government Holdings Private Limited (GHPL).

GHPL is a public-sector entity without assets and will be responsible for arranging the required loan. It will be utilised for repaying liabilities of power distribution companies to the Central Power Purchasing Agency (CPPA) and then to other entities of the sector.

The Ministry of Finance would provide government’s guarantee for the loan.

Repayment of the loan and interest payment will be made through the imposition of a surcharge for an interim period of six months. It would primarily settle overdue payments in total payables of the CPPA to various entities of the sector.

The servicing of all loan facilities for GHPL would require a surcharge of Rs1.15 to Rs1.75 per unit. And the servicing of the new facility as well as repayment of the principal would be done through an additional surcharge of Rs0.55 per unit after approval of the National Electric Power Regulatory Authority (Nepra).

After comprehensive deliberations, the ECC accorded approval with the stipulation that the Finance Division would make adjustments in tariff differential claims after six months.

The Power Division recalled that the ECC had approved guarantees for Rs80 billion worth of syndicated term finance facilities for GHPL on March 7, 2018. The loan had been disbursed in accordance with the decision of the committee.

However, for maintaining liquidity in the power sector, a subsidy of Rs14 billion had not been released for Azad Jammu and Kashmir and the settlement of general sales tax for formerly Federally Administered Tribal Areas (Fata) had not been made.

Although the Ministry of Finance had released a budgetary support of Rs20 billion with the condition that it would be adjusted later, it said the ministry did not have any further fiscal space to provide support to the power sector.

According to an advice of the Ministry of Finance, a summary moved by the Power Division seeking guarantees for syndicated term finance facilities of Rs50-100 billion for GHPL was approved by the ECC on April 26, 2018. The loan of Rs50 billion had been disbursed in accordance with the ECC’s decision whereas the balance of Rs50 billion was in the process of disbursement.