Sikhs from all over the world are enrage­d over Indian SC's verdic­t allowi­ng screen­ing of 'Nanak Shah Fakir'
By Asif Mehmood
Published: June 23, 2018
Tweet Email 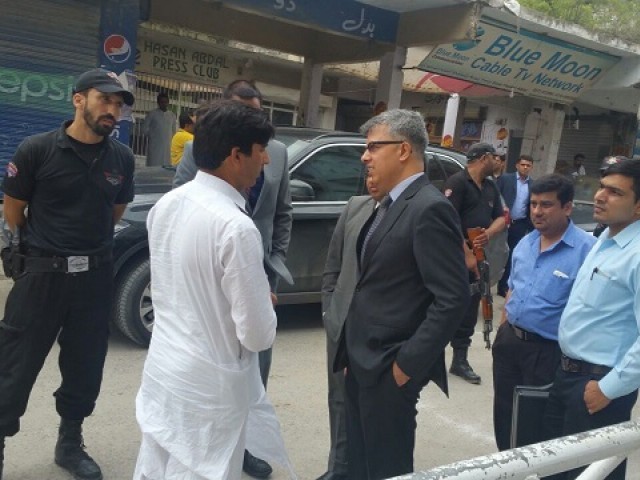 LAHORE: The Sikh community on Saturday barred Indian High Commissioner and his wife from entering the Gurdwara Panja Sahib in Hasabdal following an Indian supreme court verdict over Khalistan movement and a controversial movie on Guru Nanak Devji.

However, upon his arrival, the Sikh pilgrims visiting Pakistan planned a protest. Sikhs from all over the world are enraged over the Indian SC’s verdict to allow screening of Nanak Shah Fakir across the country on Baisakhi.

The ETPB authorities feared verbal altercation from aggrieved Sikhs and requested the commissioner not to attend the ceremony. 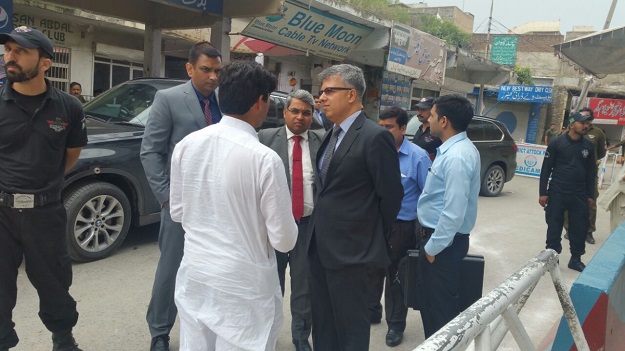 Earlier, Sikh pilgrims stopped Indian ambassadors from entering various Gurdwaras. The Sikhs imposed a ban on all the Gurdwaras including that of Britain and other countries in this regard.

In April, the Sikh community participating in the Besakhi Mela and Khalsa’s birthday refused to meet the Indian ambassadors in Pakistan.

Staff of the Indian High Commission have also been prevented from entering Nankana Saheb. The measure has been taken to protest against a Bollywood film misrepresenting the biographical accounts of Guru Nanak.

In an exclusive interview with Express News, a leader of the recently arrived Sikh delegation, Sardar Gurmit Singh, said the controversial film had hurt the sentiments of the entire community for which the protest was organised. “The Bandhak community has also joined the protest at Shromni Gurdwara,” he said, revealing that the producer of the controversial film has been declared an infidel.

He said the negative propaganda from across the border had spread fear among Sikhs visiting the country. “I personally contacted my Sikh brothers to clarify the situation,” Singh remarked.

He maintained that the Indian media has been trying hard to malign the image of Pakistan by misrepresenting our protest. “The file footage shown by Indian media portrays us as unsafe in Pakistan which is contrary to the facts,” he said.