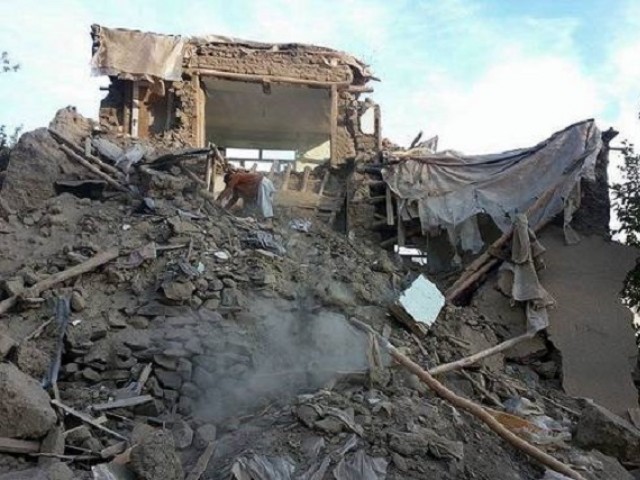 Pakistan and Kazakhstan were Co-lead for DM-CBM with the responsibility to steer the process of implementation of the initiatives under their respective confidence building measures.

NDMA Chairman Lt Gen Omar Mahmood Hayat claimed that NDMA had a vast experience of disaster management and at present was well prepared to meet mega disasters in a befitting way.

The delegates lauded the services of NDMA Chairman and the entire team that worked to prepare the “Host Nation Support Guideline (HNSG) for Foreign Assistance to Pakistan during Disasters”.

The foreign delegates gave their full consent for the declaration announced as ‘Islamabad Declaration’ while India opposed to the matter.

However, the objection was not necessary as the Istanbul Conference of Afghanistan: Security and Cooperation in the Heart of Asia held in November 2011 adopted a declaration called as the ‘Istanbul Process Document.

The NDMA chairman announced to address the concerns of Indian High Commission in this regard.

Lt Gen Omar Mahmood Hayat in his inaugural speech said the earthquake 2005 and super floods 2010 revealed the enormity of the challenges to Pakistan in terms of disaster management and risk response.

The chairman delivered the vote of thanks to the delegates on their consent and successful conduct of the meeting.

The Afghan delegation requested the NDMA to organise a visit of expert consultants to Afghanistan’s disaster-hit region for assistance while the authority rest assured all possible support to the neighbouring country.

Turkish delegates said that Pakistan had showed strong leadership in the region to implement disaster management measures adopted under the HoA Istanbul process.

They expressed that the forum would help Turkey to share its experiences of disaster management as both the countries have almost underwent same disasters and calamities.

The NDMA at the conclusion of the conference thanked Australian government, Asian Disaster Preparedness Centre (ADPC) and expert consultants for their assistance in preparing the HNSG.

It also observed that the progress and achievements of Pakistan in disaster management were shared with the delegates and learnt that it still needed more improvement.

NDMA official Idrees Mehsud said that the HNSG were presented as a model to be adopted by the member states for better aid of Pakistan during mega disasters.

He said that the early disaster warning system as adopted in the declaration was the ultimate need of the HoA stance while the government of Japan also appreciated Pakistan’s leadership in the region in terms of disaster management.

The technical focal person each from the HoA participating states included Afghanistan, China, Iran, Kazakhstan, Kyrgyzstan, Pakistan and Turkey while from supporting countries Japan and delegates from International and Regional organizations were UNESCO and the United Nations.

Pakistan had already hosted three Regional Technical Group (RTG) meetings while this was the 4th meeting conducted under its leadership. The delegates of all the participating, supporting countries and organisations appreciated Pakistan’s leadership measures in the region and showed their gratitude on developing confidence on disaster management.