Green revolution: Going back to the basics

Green revolution: Going back to the basics 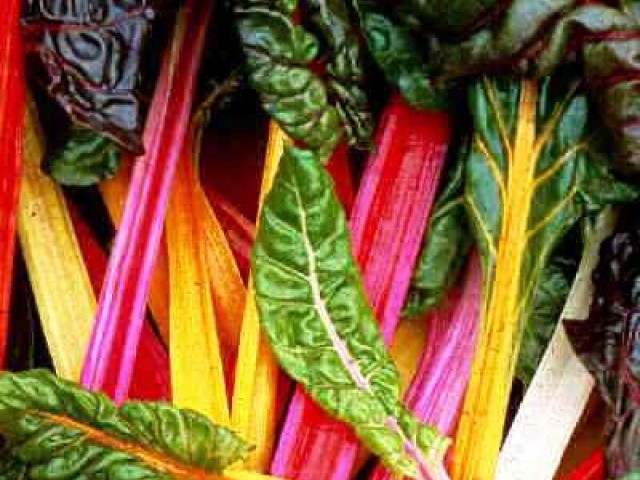 Organic produce keeps people healthier, and lowers heath costs. This is the claim made by Sungold Organic.

Started in spring 2009, Sungold Organic specialises in organically produced vegetables, which are grown on a six-acre farm in Qasim town. Strong proponents of sustainable and environmentally friendly living, owners Rabia Khan, a developmental social scientist and husband Muzzamil Niazi, an ‘under employed’ aeronautical and mechanical engineer, are keen on turning this venture into a profitable business, but more important than that, they are keen on spreading awareness about the benefits of going organic.

“Organic produce takes longer to produce [whereas] produce produced by urea and other chemical fertilisers will grow in a month. Its nutrition value will be much less and its lifespan will also be much less as well,” according to Sungold Organic co-owner Rabia Khan.

Since organic farming doesn’t rely on urea and other chemical fertilisers in the marketplace, input costs are significantly lower, compared to conventional farming. Pesticides used by Sungold Organic are made from natural substances like tobacco, garlic, cayenne pepper, plant leaves and flowers’” says Khan

“At present, annual sales are about Rs1.4 million and we are breaking even,” says Niazi. The  goal is to reach 300 households per week by March 2012, and this is when they hope profits will start flowing in. “We are barely touching 80-100 per week now.”

When asked whether they conducted market research to determine the commercial viability of this venture, they declined. Instead, they started supplying produce to people in the neighbourhood, and it was word of mouth which led to Sungold’s growth.

“We started small in the local neighbourhood and some started responding,” Now, Sungold Organic has customers in areas like Bath Island, Clifton, Defence, KDA and Gulshan. Customers place orders via e-mail and phone, and they are home delivered the next morning.

They are targeting households, and though women dominate in terms of being the clientele, there are a number of men who are their clients as well. By introducing a home delivery system, they also target consumers like working mothers. “Working mothers don’t want to go out looking for vegetables and want to give healthy food to their kids,” says Khan.

Instead of just relying on sales through home delivery, Sungold also supplies to retailers and are looking to expand this network. “We are talking to four more big supermarkets in Karachi,” says Khan.

Khan adds that one major supermarket is keen to place Sungold produce, but she is concerned that they may not be able to consistently meet the store’s volume requirements, and the owners are not willing to place quantity over quality. “We will not sell produce which doesn’t meet our quality standards,” says Khan.

Sungold was never part of any open adverting, but in early 2010, they set up a stall at a mela organised by the Horticultural Society of Pakistan.

And in order to achieve economies of scale and increase brand awareness, they would also giveaway free samples of their produce to about ten to twelve households in the area.

The farm is a source of employment for many, particularly women. “As a matter of fact women are the mainstay of our labour force,” says Niazi.

The venture provides employment to about ten to fifteen people, depending on the season and work load requirements and employees range from supervisors to consultant farmers and drivers.

Khan also says that one of their higher costs is supervision costs. According to her, in order to eliminate this cost, she’d have to live at the farm.

In order to gain a competitive edge, Sungold has also introduced vegetables like swiss chard, which isn’t available in conventional supermarkets. A green leafy vegetable, swiss chard contains stalks which come in a variety of colours, making the vegetable an attractive option for cooks, especially those who are willing to be adventurous in the kitchen and are particular about presentation.

“When customers call in we tell them how this can be cooked … give them new tips over the phone,” says Khan. In addition, the couple recently discovered a source for biodegradable plastic, so their produce is now sold in environmentally friendly packaging.

One of biggest challenges is getting people to pay the slight price difference involved in switching to organic produce. Khan says.

“People do understand the quality of clean, less contaminated produce, but many are not willing to pay the difference. Sunday Bazaar and subsi wala are easily accessible,” says Khan. One kilogramme of organically produced Okra (bhindi) costs Rs80 at Sungold.

Although the couple would like to export their produce abroad in the future, at this point, they’d rather gain footing in the local market.

Niazi believes exports will promote Pakistan in the internationally community, and that in itself will be worthwhile move. “We will be putting a flag out there,” says Niazi.

But both agree, that to build a strong presence in the market, will require time and patience. “Since it’s a new way of living, it will take time,” says Khan.