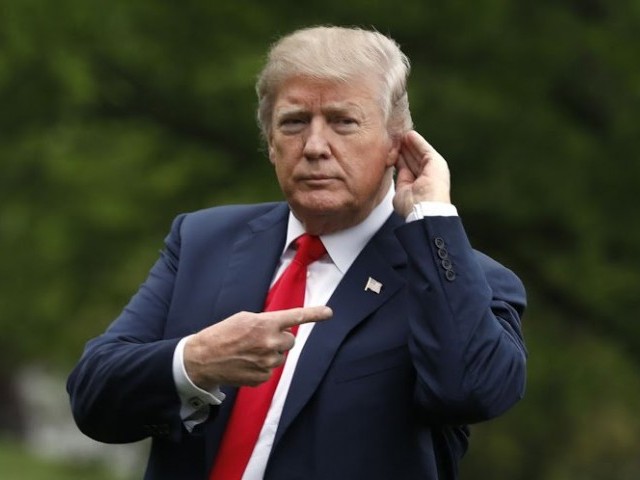 OSLO: US President Donald Trump is “no longer the moral leader of his country or the world”, the human rights watchdog, the Council of Europe, said on Wednesday amid global outrage over the White House’s policy of separating migrant children from their parents.

“What is happening at the (US-Mexico) border where he (Trump) is separating children from their parents is a sign that he is no longer the moral leader of his country or the world,” the Council of Europe’s secretary general, Thorbjorn Jagland, told Norwegian broadcaster TV2.

“Everything he does excludes him from the role American presidents have always had,” Jagland said during a trip to Moscow.

“He can not speak on behalf of the so-called free world.”

US ‘will not be a migrant camp’: Trump

The Council of Europe is a Strasbourg-based international human rights organisation with 47 signatory states.

Jagland is also one of the five members of the Norwegian Nobel Committee which annually awards the Nobel Peace Prize.

Some have suggested Trump ought to be awarded the prestigious prize for his denuclearisation efforts on the Korean peninsula.

The Trump administration’s controversial policy of separating children from their undocumented parents, many of whom are fleeing violence in Central America, has triggered outrage and criticism from human rights groups across the globe.

British Prime Minister Theresa May also said on Wednesday that images of migrant children kept in cages in the US were “deeply disturbing”.

Jagland said the US withdrawal from the United Nations Human Rights Council “was not unexpected”.

“This is just one more example which shows that he does not want to be part of international treaties or international cooperation-based organisations,” he said.

The US announced on Tuesday that it was withdrawing from the Geneva-based body, accusing it of “hypocrisy” and bias against Israel.