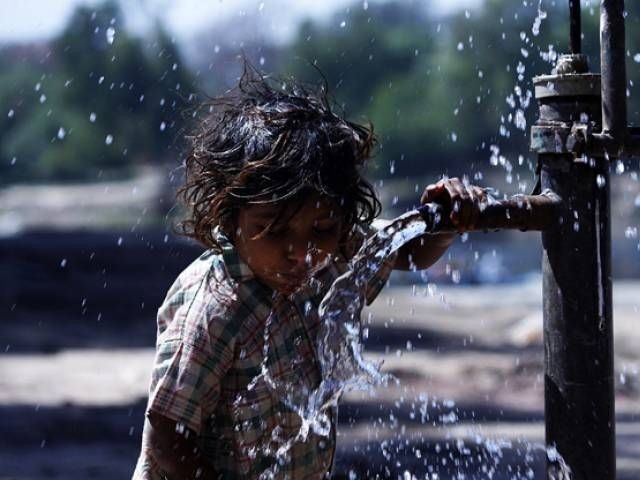 ISLAMABAD: In Pakistan water woes are likely to further worsen mainly due to Indian, Afghan and China water use upstream, warn water experts.

In a report compiled by national and international water experts, after a high level consultative meeting followed by an international conference on ‘Seawater Desalination for Water Supply and Agricultural Applications—Options for Pakistan’, reveals that water scarcity is likely to further increase and Pakistan will become more vulnerable on supply side due to water use upstream by its neighbours.

The high level consultative meeting and the international conference was recently organised by the Ministry of Planning, Development and Reform, in pursuance of the objectives set in the National Water Policy.

The report— a copy of which is available with The Express Tribune reveals some startling facts about water availability, supply and contamination issues which are increasing and worsening with each passing day.

Though it is a known fact that the country is already embroiled in a bitter legal and political row with India over the latter’s efforts to divert flow of water by building dams. Islamabad is pressing the World Bank for setting up the Court of Arbitration on India’s Kishanganga and Ratle hydroelectric projects.

The World Bank, which is a guarantor of the 1960 Indus Water Treaty, has urged the government to accept the Indian proposal that seeks the appointment of a neutral expert to adjudicate the controversial water projects by India.

Pakistan fears that Indian efforts to build dams on rivers on which it has exclusive rights could lead to drought in the country.

Meanwhile, according to findings of the report water scarcity will further increase in near future due to rise in urbanisation, industrial development, population, change in life and food consumption patterns, increased GDP and irrigation requirements due to global warming.

The report highlights that the quality and quantity of existing water supply in the country which covers 85-90% of population is unsafe and inadequate. It further says that the industrial effluents treatment is the responsibility of industries. However, it has been observed that they are not following their responsibilities especially in Punjab where they are injecting the hazardous waste water into dug wells.

Therefore, considering the alarming water issues, water and agriculture experts have presented some suggestions such as adoption of a globally recognised framework of Integrated Water Resources Management (IWRM) in line with the objectives set for UN Decade for Action-Water for Sustainable Development (2018-28). They further recommended that public sector investments need to be significantly increased by federal and provincial governments for sewage treatment and protection of freshwater bodies among others.