Both sides are still public­ly aiming for an agreem­ent in Octobe­r, but this is lookin­g more and more diffic­ult
By AFP
Published: June 20, 2018
Tweet Email 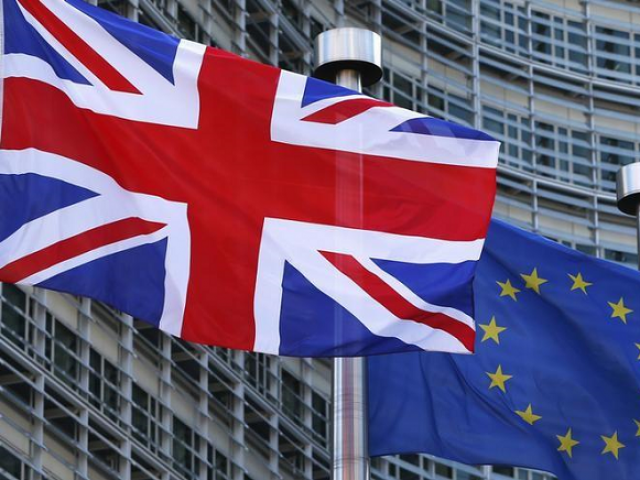 A victory for the pro-EU rebels would embolden them ahead of debates next month on Britain's future trading relationship with the European Union, which they are seeking to keep as close as possible. PHOTO:REUTERS

LONDON: British Prime Minister Theresa May faces a showdown with her pro-EU MPs on Wednesday over parliament’s role in the final Brexit deal, which could influence her entire negotiation strategy.

MPs will vote on amendments to the EU (Withdrawal) Bill setting out how much power lawmakers will have if the government fails to agree a departure deal before Brexit in March 2019.

May says she expects to get an agreement with Brussels, but warned that any attempt to tie her hands could undermine the ongoing negotiations.

She averted a rebellion by pro-EU MPs in her Conservative Party on the issue of parliamentary powers last week with a promise of a compromise, but within days they had rejected her proposal as inadequate.

Instead they worked with peers to introduce their own amendment to the unelected upper House of Lords, which agreed it by a landslide on Monday.

The amendment now returns to MPs in the elected lower House of Commons, where Conservative rebels will ally with opposition parties in a bid to finally make it law.

May’s spokesperson refused to say if he believes the government has the numbers to win the vote, but made clear that no more concessions would be forthcoming.

“We cannot accept the amendment on a meaningful vote agreed in the Lords,” he said, adding that it “would undermine our ability in the negotiations to get the best deal for the country”.

“We will be retabling our original amendment,” he said, adding: “We hope that all MPs will be able to support the government’s position.”
Phillip Lee, the Tory MP who resigned as a minister in order to rebel against the government last week, said that the result was in the balance.

“We were always going to get the normal dark arts of Westminster taking place, fully expected, but my understanding is that the position taken by a number of colleagues is solid, which is why the government is still in negotiations,” he told BBC Radio 4’s Today programme.

The vote, due on Wednesday afternoon or early evening, could have implications for Britain’s wider Brexit strategy, indicating where the power lies in parliament.

May commands only a slim majority in the 650-seat Commons, made possible through an alliance with Northern Ireland’s 10 Democratic Unionist Party MPs.

A victory for the pro-EU rebels would embolden them ahead of debates next month on Britain’s future trading relationship with the European Union, which they are seeking to keep as close as possible.
It would likely anger eurosceptics, who accuse the rebels of seeking to thwart Brexit.

They are also becoming increasingly frustrated with the withdrawal process under May’s leadership. Leading Conservative rebel Dominic Grieve denied he was trying to undermine the government or stop Brexit, but warned that if parliament rejected the final Brexit deal, there would be a crisis.

“That’s what wakes me up in the middle of the night in a cold sweat,” he told Sky News television.
“The very reason I’ve prompted this amendment is to provide a mechanism to make sure that we don’t come to government collapse immediately.”

But eurosceptic Conservative MP Graham Stringer said Grieve and his supporters were only interested in “sabotaging the whole process”.
Despite agreement on Britain’s financial settlement and EU citizens’ rights, the Brexit talks are progressing slowly, and there are few hopes of a breakthrough at an EU summit later this month.

Both sides are still publicly aiming for an agreement in October, but this is looking more and more difficult.

Negotiations are currently stalled on how to avoid border checks between Northern Ireland, a part of the UK, and neighbouring EU member Ireland when Britain develops its own trade and customs policies.

“Serious divergences” remain over Northern Ireland, the EU’s chief negotiator Michel Barnier said Tuesday after a final round of talks between London and Brussels ahead of the European summit.
The British government has also yet to decide on what it wants from the future economic relationship.

It has been clear about one area, security cooperation — but many of its proposals were on Tuesday knocked back by Barnier.

He said Britain could not stay in the European Arrest Warrant, take part in meetings of policing agency Europol or access EU-only police databases.