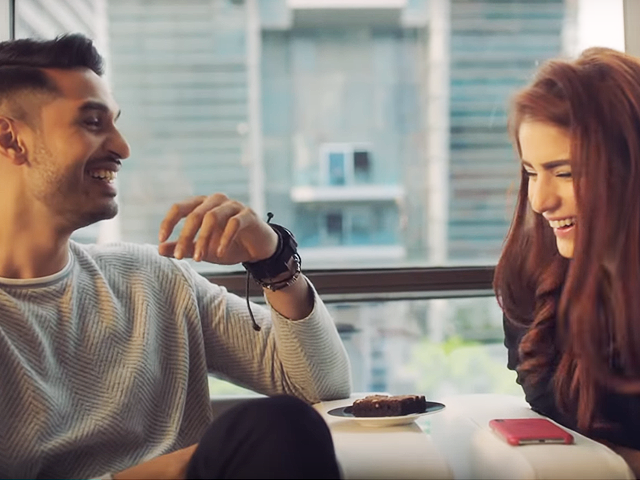 The mid-tempo ballad perfectly sums up the emotion of being left behind in love. Composed by Arjun and written by Kunaal Vermaa, the song addresses rejection, pain and the burden of true love.

The official music video, shot in Bangkok, captures the essence of the song with striking chemistry between both artistes.

Both singers enjoyed working with each other. Arjun said in a statement, “Momina has been a joy to work with. We ended up making a song we’re proud of and also ended up being good friends.”

Momina expressed gratitude to Arjun for “sharing such an awesome song of his” with her. “He, along with the Universal team, instantly became friends more than colleagues. This is my first single, and the encouragement and support I got from the whole team was overwhelming. This was also my first time playing a character for a video and Danny was an incredible director to work with,” she said.

“It was truly a pleasure being a part of this project alongside such a motivated, supportive and hardworking team.”