Brazil, German­y and Argent­ina have lifted 11 World Cups betwee­n them, but failed to win their openin­g games
By Reuters
Published: June 19, 2018
Tweet Email 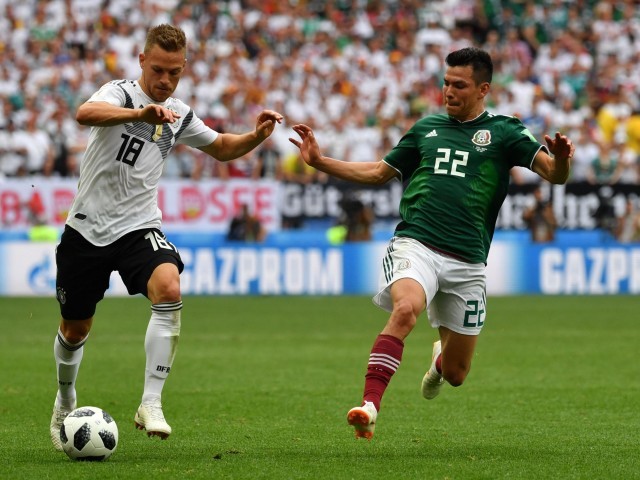 RUSSIA: Traditionally the stage on which the biggest teams parade their talents, this year’s World Cup has seen the Goliaths of international football stumble when faced with industrious opponents of a lesser stature.

Brazil, Germany and Argentina have lifted 11 World Cups between them, but all failed to win their opening games in Russia, prompting questions about whether this was a temporary blip or indicative of a major shift in the balance of power.

Add in 2010 champions Spain failing to beat Portugal and France’s struggle to overcome one of the supposedly weakest Australia sides in recent years and a pattern emerges.

Germany’s 1-0 defeat by Mexico was not unprecedented, but was still statistically remarkable.

Yet this was Germany’s first opening-game defeat since 1982 and the only time in World Cup history that they, Brazil and Argentina had all failed to win their first matches.

Not everyone is convinced a competition that has only had eight winners in its 88-year history has suddenly witnessed a leveling of the playing field — Manchester United manager Jose Mourinho is firmly in the blip camp.

“They all will qualify and the best of these top teams will come in the knockout,” the Portuguese said.

To do that, however, they will need to reassert their superiority against lesser sides on paper who seem to have collectively settled on a blueprint for frustrating more talented opponents.

Argentina, who were held to a 1-1 draw by tiny Iceland, and Brazil, who shared the spoils with Switzerland, both came up against teams happy to sacrifice attacking intent in favor of rigid defensive organization and Herculean levels of industry.

Mexico took it one stage further, combining a defensive wall with a rapid-fire counter-attack that left Germany’s aging rearguard outgunned.

Manning the barricades is not a new idea for smaller countries hoping to upset the odds.

Costa Rica showed four years ago in reaching the quarter-finals that the ability to frustrate opponents with a far greater pedigree can take you a long way, while Iceland’s run to the quarters at Euro 2016 was the latest example of how caution has become a reliable means of over-achieving.

Germany’s efforts to break down Mexico seemed particularly futile — the more resources they committed to attack, the more they looked vulnerable to the counter-punch.

Even their own players could see they had fallen into carefully laid trap, with center back Mats Hummels saying Germany’s failure to plug defensive holes had been the subject of “internal” discussions.

Breaking down a heavily-manned defense is of course harder when your star turn does not join the party and Brazil and Argentina will want to see more from their talismanic talents.

Lionel Messi, the game’s master magician who is yet to lift a senior international trophy, looked like the weight of the world was on his shoulders as he missed a penalty against Iceland.

Brazil’s Neymar, the most expensive soccer player on the planet, fared no better as he made his competitive return after a lengthy injury absence against Switzerland.

The Paris St Germain forward spent much of the match rolling on the floor as the Swiss, who committed 19 fouls, 10 of which were on Neymar, tested his injured foot.

With players like Neymar and Messi under-par, the fear of facing Brazil or Argentina is somewhat lessened.

As the tournament wears on it will become apparent whether it has gone for good or will return with a vengeance.