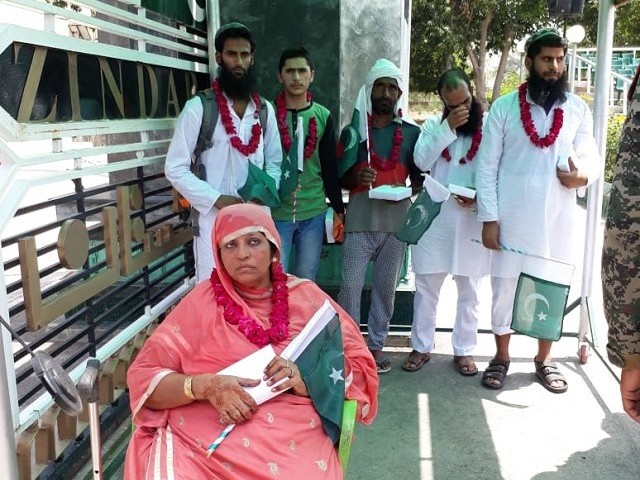 The prisoners were handed to Pakistani authorities in the presence of officials from the Pakistan High Commission. The six were lodged in various jails, transit camps and juvenile homes in India.

Nasreen Akhtar was awarded ten years and six months in India along with with a hefty fine. Pakistan’s High Commission paid the fine six months ago. Nasreen’s family, her daughter and 90-year-old mother, were concerned as she suffers from ill-health.

Haroon Ali, also among those repatriated today, was kept in a juvenile home after he crossed the border mistakenly while chasing his mentally-challenged brother. His elder brother reached Pakistan in 2017.

The country’s high commission worked closely with Indian authorities to ensure the release and successful repatriation of the six prisoners.

At least 52 prisoners who have completed their prison sentences in India are awaiting repatriation.