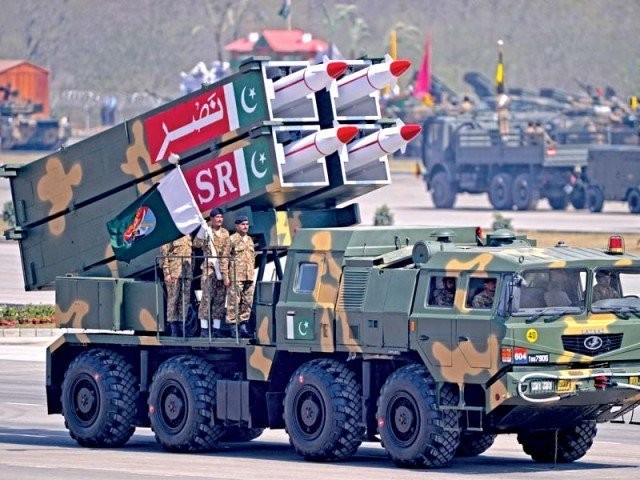 Pakistan maintains a lead in the number of nuclear warheads when compared to arch-rival India, according to an assessment by the Stockholm International Peace Research Institute on Monday, reported The Times of India.

The Indian publication noted that the country was now reliant on developing a deterrence capability which focused on survival in fear of strikes by Pakistan.

The SIPRI report also highlighted that superpowers like the United States and Russia possess thousands of nuclear weapons, and account for 92 per cent of the nuclear stockpiles around the world.

SIPRI also stated that every nuclear-armed country is in the process of developing or deploying new nuclear weapons systems.

The Times of India quoted Indian establishment sources as saying that the country was now preparing a defence strategy to counter a threat of encirclement from China and Pakistan.

“The number of warheads do not really matter. With a declared no-first use (NFU) nuclear policy, India is keen to ensure survivability and credibility of our assets and NC3 (nuclear command, control and communication) systems for assured second-strike capabilities…We have achieved this to a large extent,” claimed the source.

“For India, nuclear weapons are not war-fighting weapons. But we need credible minimum deterrence, with the certainty of massive retaliation against adversaries,” added the Indian source.

India wants to achieve a nuclear stockpile of 200 warheads in the decade ahead to counter the Chinese threat, according to The Times of India.

The tri-services Strategic Forces Command in India is now in the process of inducting India’s first intercontinental ballistic missile, the over 5,000-km range Agni-V missile, which can hit even the northernmost region of China, said the report by the Indian newspaper.

This article originally appeared in The Times of India

Saudi Arabia: a year of change with a new crown prince