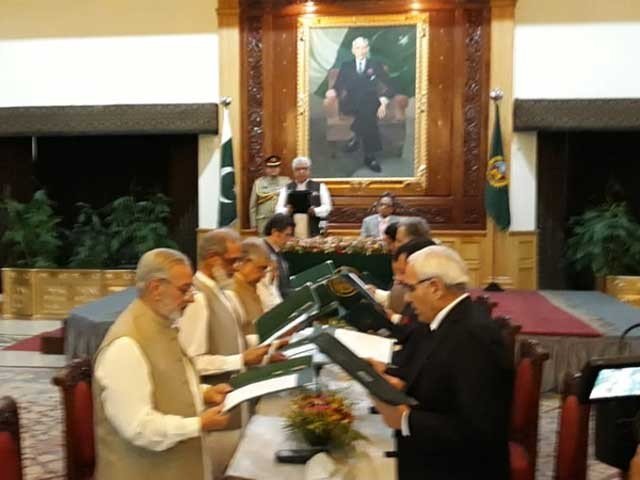 PESHAWAR: The interim chief minister has assured that the government machinery was completely capable of and ready to fulfil its constitutional obligations of holding the general elections on time. In this regard, portfolio to the newly inducted members of the provincial cabinet would be allotted next week.

“Our main focus is to hold free, fair and transparent election within the constitutional parameters and national obligations by fulfilling the expectations of the people,” said Khyber-Pakhtunkhwa (K-P) Caretaker Chief Minister Justice (retired) Dost Muhammad Khan while speaking to various delegations, including the government officials, traders, and representatives of the lawyers forums, and tribal elders who called on him and exchanged Eidul Fitr greetings.

“We are duty-bound to hold free, fair and transparent election according to wishes of people of K-P and we took it as a challenge,” he added.

Conducting general elections during the prescribed period was their primary purpose, he said, apart from ensuring that government affairs continue smoothly and impartially.

“We have to keep intact our impartiality during this short period,” Justice Dost said.

To complete smooth transition of the Federally Administered Tribal Areas (Fata) after its merger with K-P, the interim chief minister urged the federal government to expedite the provision of all available and essential resources and facilities to complete this process at the earliest.