'Childr­en should be accept­ed as they come, as God sends them, as God allows, even if at times they are sick'
By Reuters
Published: June 17, 2018
Tweet Email 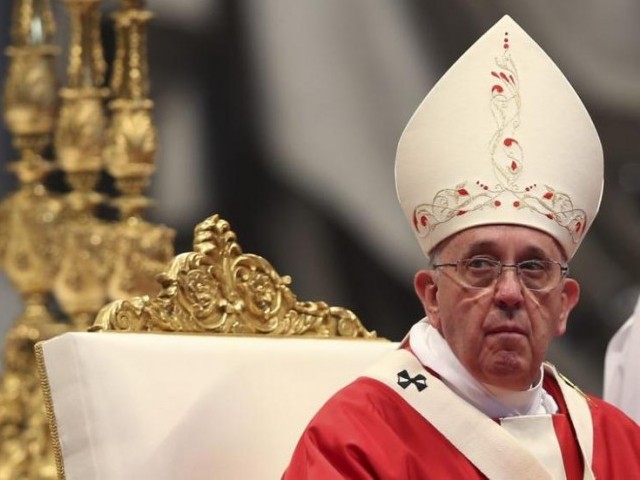 VATICAN CITY: Pope Francis on Saturday called the practice of having an abortion after pre-natal tests have discovered possible birth defects a version of Nazi attempts to create a pure race by eliminating the weakest.

Francis made the comparison in a long, off-the-cuff address to a members of a confederation of Italian family associations.

“Children should be accepted as they come, as God sends them, as God allows, even if at times they are sick,” he said.

Francis then spoke of pre-natal tests to determine if a foetus has any illnesses or malformations.

“The first proposal, in that case, is ‘Should we get rid of it’? The killing of children. And to have a more tranquil life, an innocent is done away with,” he said.

“I say it with pain. In the last century the whole world was scandalised by what the Nazis did to pursue the pureness of the race. Today, we are doing the same thing, with white gloves.”

Under Nazi eugenics programmes, hundreds of thousands of people were forcibly sterilised and tens of thousands killed in an attempt to “clean” the chain of heredity of those with physical or cognitive disabilities.

When it comes to North Korea, no one puts Beijing in a corner