Lee interc­epted email offers of his admiss­ion, turned down schola­rship in his name
By News Desk
Published: June 16, 2018
Tweet Email 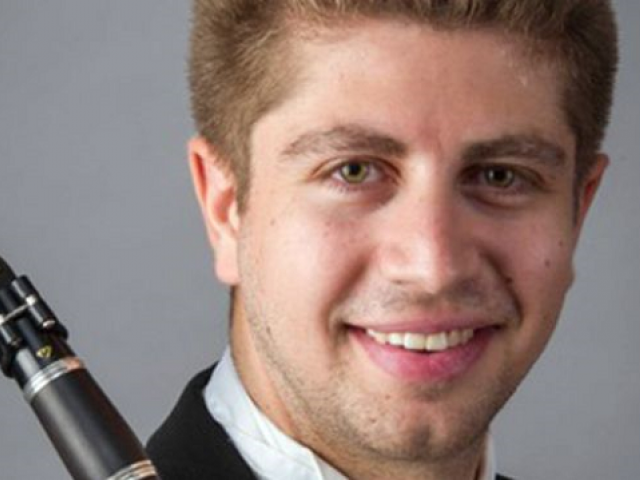 A Canadian musician was awarded 350,000 Canadian dollars after he sued an ex-girlfriend for sabotaging his scholarship offer, reports BBC News.

Eric Abramovitz, a young clarinettist, received a prestigious music scholarship back in 2014. His then-girlfriend, Jennifer Lee, intercepted email offers of his admission and turned down the scholarship in his name.

Lee’s motivation for the deception was to keep Abramovitz from leaving her. The musician later discovered the deception and took legal action against Lee.

A judge has claimed that Lee’s actions were a “despicable interference in Abramovitz’s career”.

Abramovitz had received a full scholarship offer worth 50,000 dollars from Colburn Conservatory of Music, Los Angeles. A protegee since age seven, Abromovitz was keen to win a spot for the program led by Yehuda Gilad, a prominent clarinet master.

Abramovitz flew in for a live audition, performing for Gilad in 2014. Abramovitz, then 20, was subsequently emailed by Gilad with an offer of acceptance–an email he never received.

The email was intercepted by Lee, his live-in girlfriend in Montreal, who deleted it. Abramovitz had left his email account and laptop unsupervised at the time. Lee discovered the email and replied as her boyfriend, stating that he was refusing the offer because he “would be elsewhere”.

Lee proceeded to delete the email thread and create a fake email in Gilad’s name to send her boyfriend a rejection email. Lee used the account to invent an offer to the  University of Southern California in another one of Gilad’s programs.

According to Abramovitz, Lee offered a fractional scholarship for USC knowing the offer would have to be rejected because of its hefty cost.

“When I found out I didn’t get it, it was really hard to deal with. I went through some really dark, sad, angry days.”

The despondent clarinetist remained in Montreal, eventually separating from his girlfriend. However, he only found out about the deception when he met Gilad, a few years later, at an audition for USC, according to the Montreal Gazette.

Gilad inquired why Abramovitz would return if he had already rejected a former offer of one-on-one tuition, confusing the young musician. Abramovitz then decided to check his old emails and found his reply to the rejection. He sent the email to Gilad, who did not recognise it.

Abramovitz eventually began to suspect if his ex-girlfriend was behind the email. The suspicion was confirmed when he accessed the fake email account with one of Lee’s favourite passwords.

The damaegs case was filed in Ontario, Lee’s home province. It cited loss of reputation, loss of educational opportunity and claimed that the act had caused delay in entering his chosen profession.

Gilad stated, according to court documents,”To sum up, I am very frustrated that a highly talented musician like Eric was the victim of such an unthinkable, immoral act that delayed his progress and advancement as an up-and-coming young musician and delayed his embarking on a most promising career.”

Abramovitz received his requested 300,000 dollars and an additional 50,000 dollars to illustrate the “court’s revulsion at what Ms Lee has done” and to compensate for the “personal loss suffered by Mr Abramovitz by having a closely held personal dream snatched from him by a person he trusted”.

Lee was not in attendance in the court proceeding, and has not offered any defence. She has also been unresponsive to media requests for comment.

Abromovitz, on the other hand, has recently accepted an offer to join the Toronto Symphony Orchestra.