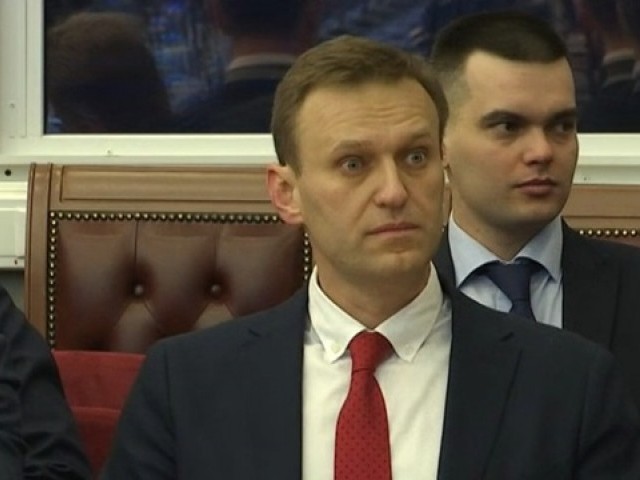 MOSCOW: Russian opposition leader Alexei Navalny said he had been freed on Thursday, the same day the World Cup was due to begin in the country, after serving a 30-day sentence for organising an illegal protest.

“I’m with you again after a 30-day business trip. I’m so happy to be free,” he wrote on Twitter.

The 42-year-old was sentenced a month ago after calling for the demonstrations ahead of President Vladimir Putin’s fourth inauguration.

Navalny’s lawyer and supporters said the trial was politically motivated and the opposition activist said his rights had been violated.

The charismatic politician, who was barred from challenging Putin in March’s presidential election, had called on Russians to stage rallies across the country on May 5 under the slogan “Not our Tsar”.

Nearly 1,600 protesters were detained in 27 cities across Russia, according to OVD-Info, an independent monitor that tracks arrests.

Navalny himself was grabbed by police and carried away by his arms and legs shortly after appearing in Moscow’s packed Pushkin Square.

The European Union condemned “police brutality and mass arrests” following the demonstrations, which saw officers in several cities beat protesters with truncheons and drag them along the ground.

Navalny has faced a string of charges since he became the leading opposition figure campaigning against Putin’s rule at mass demonstrations in 2011 and 2012.

He was jailed three times last year for breaking rules on organising demonstrations and had to travel to Spain for surgery after one of several street attacks left him nearly blind in one eye.

Vladimir Putin sworn in as president for fourth term

Members of his team have also faced charges and young supporters have reported coming under pressure at school or university because of their involvement in his campaigns.

US man wrongly linked to burglary after ‘walking dog while black’