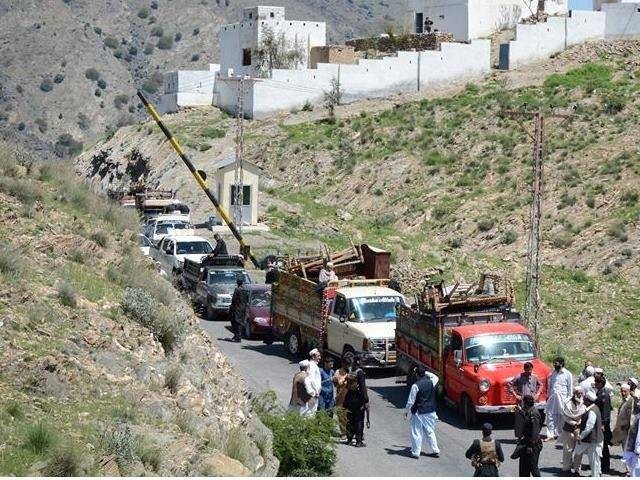 SHABQADAR: At least two children were killed and more than 10 were injured when a passenger coach overturned after its tyres blew out in Mohmand on Wednesday.

Separately, the security forces recovered a heavy cache of ammunition hidden in the Bajaur tribal district.

The tribal district administration of Mohmand said that a coach carrying passengers was travelling to Dawazai, Pandyali Tehsil of Mohmand when its tyre suddenly burst. As a result, the coach overturned.

The accident left at least two children dead while more than 10 were injured.

The dead and injured were shifted to District Headquarters Hospital in Ghallanai. But owing to lack of facilities in the hospital, the critically injured were shifted to Peshawar. In the Bajaur tribal district, security forces on Wednesday said that they had foiled terrorist plot after they recovered a large cache of ammunition in the Mohmand area of Bajaur.